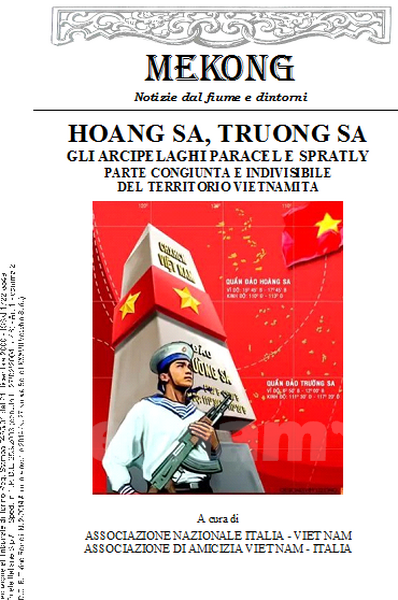 An Italy-Vietnam association has released a special edition of its magazine, specializing in Southeast Asian events, to better promote Vietnam’s sovereignty over Hoang Sa (Paracel) and Truong Sa (Spratly) archipelagoes to Italians and the world.

The Italy-Vietnam Friendship Association has recently launched a special edition of Mekong Magazine, the title of which is roughly translated as “Hoang Sa and Truong Sa Archipelagoes: An Inseparable Part of Vietnam’s Territory,” Vietnamplus reported on Wednesday.

The edition marks the 20th anniversary of Mekong Magazine, which is published twice a year and dedicated to information on current events in Vietnam and Southeast Asia.

It depicts in great detail the solid political and historical evidence of Vietnam’s ownership of the two archipelagoes as well as China’s illegal placement of an oil rig in Vietnamese waters from early May to mid-July last year.

The Italy-Vietnam Friendship Association has also presented copies of the special edition to universities, organizations, and individuals in Italy and in several other European countries.

The Italy-based organization is expected to promote the publication in several Italian cities in the time to come.

First published in Italian in 1994, Mekong Magazine is considered the first publication in Italy which is devoted to the comprehensive research of Vietnamese and Southeast Asian cultures, history, and languages.Like us on Facebook or follow us on Twitter to get the latest news about Vietnam!