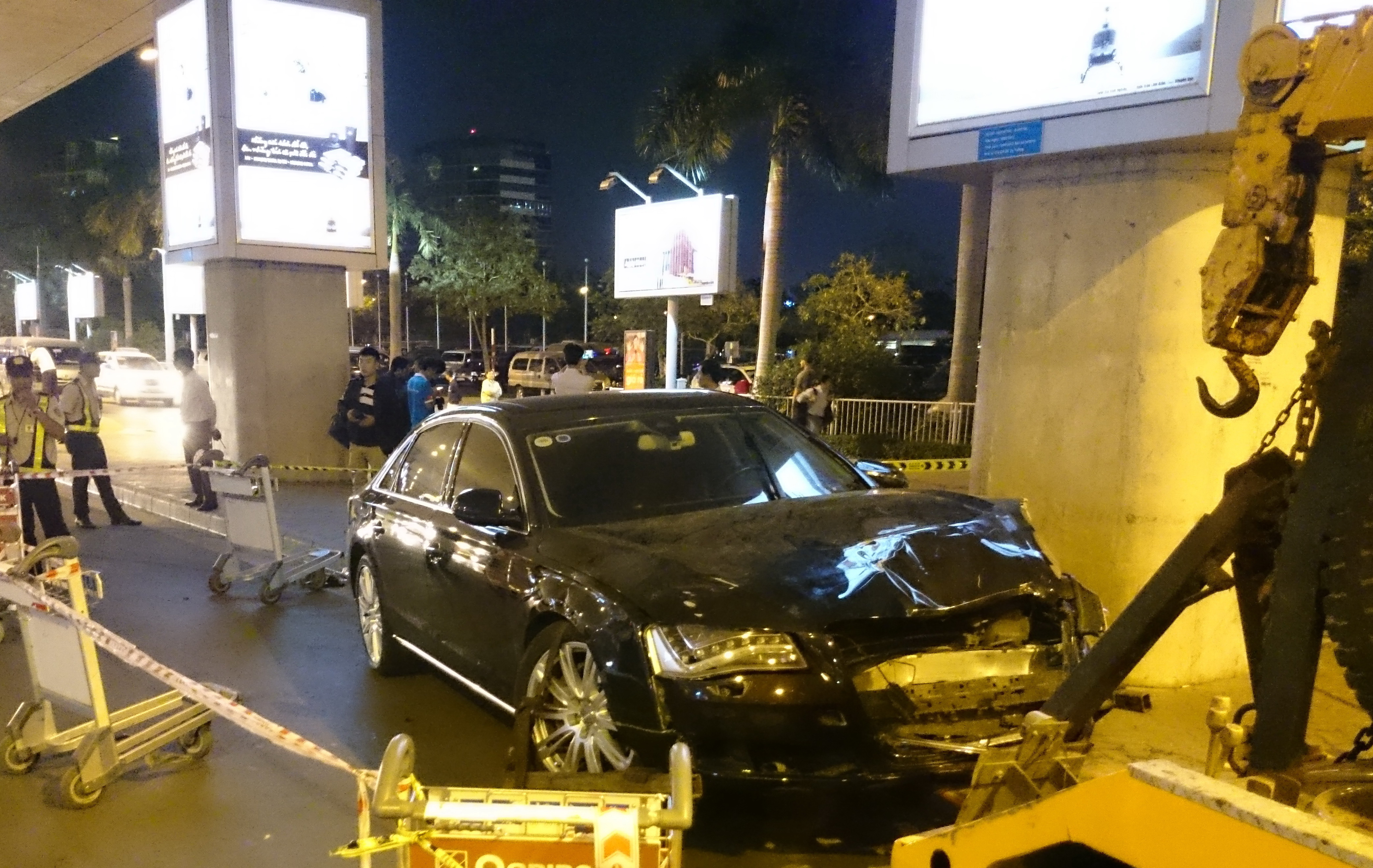 >> 10 deaths in three serious road accidents within one day in Vietnam At 7:15 pm on Tuesday, an Audi A8L sedan suddenly crashed into two other cars in front of the passenger terminal at the airport and then climbed onto the pavement and hit a crowd of people there. The incident injured a total of 11 people, all of whom were taken to the hospital for emergency treatment. Of the injured, five were in serious condition. Police were called to the scene and they towed the luxury car to the Tan Binh District Police office at 10:40 pm. Initial sources said that the car’s driver, 25-year-old Nguyen Duy Tan, mistakenly hit the accelerator level instead of the brake. Tan said he had arrived at the airport to pick up his aunt, well-known local singer Ho Ngoc Ha. In talking with Tuoi Tre (Youth) newspaper, Dang Tuan Tu, director of the airport, said the airport authority used taxis to take the victims of the accident to several hospitals, including Thong Nhat, An Binh, 115, 7A and Pediatrics 1. Airport representatives last night visited the hospitals to visit the victims and offered each of them VND3 million (US$140) as initial support.   The family of singer Ho Ngoc Ha also sent representatives to the hospitals to visit and give support to the victims. A source close to Tuoi Tre said that Tan had only started driving the car a little more than a month before the accident. The car was registered on June 10, 2014, and the registration will be valid until December 9, 2015, the source said, adding that the vehicle was maintained in January 2015. Police are investigating the cause of the accident.