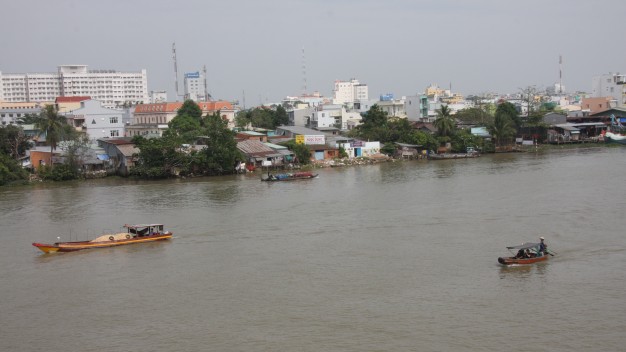 Can Tho now has no streetwalkers: police

The southern Vietnamese city of Can Tho now has no sex workers who stand along the streets to lure men, local police have affirmed.

>> 3 get 57 years for selling girls to China for prostitution Colonel Tran Ngoc Hanh, director of the city police department, make the affirmation in his report delivered at a conference on Tuesday on reviewing the outcomes of the 10-year implementation of the model of “Three Nos”: No criminals, No drug and No prostitution. After 10 years of implementing of the model, 70 percent of the  total 85 communes, wards and towns of the city have been recognized to meet the “Three Nos” standards, while in 2005, the figure was only 39 percent, Colonel Hanh said.  The city now has no prostitutes offering sex services to men on streets as seen before, the chief police said.  The criminal situation and the trading of drugs have also been reduced considerably, the official said. Many places previously called hot spots of drug trading, such as Quarter 2 of Bui Huu Nghia Ward in Binh Thuy District, and the  have been eliminated and Quarter 7 of Cai Khe Ward in Ninh Kieu District, have now eliminated, Hanh said.  There are no more complicated drug areas that have previously caused worry and discontent among the public, Colonel Hanh added.  The conference was chaired by Senior Lieutenant General Bui Van Nam, Deputy Minister of Public Security. Can Tho is the fourth largest city in Vietnam, and the largest city in the Mekong Delta. The city is nicknamed “Tây Đô” (the western capital), and is located 169 kilometres (105 miles) from Ho Chi Minh City.