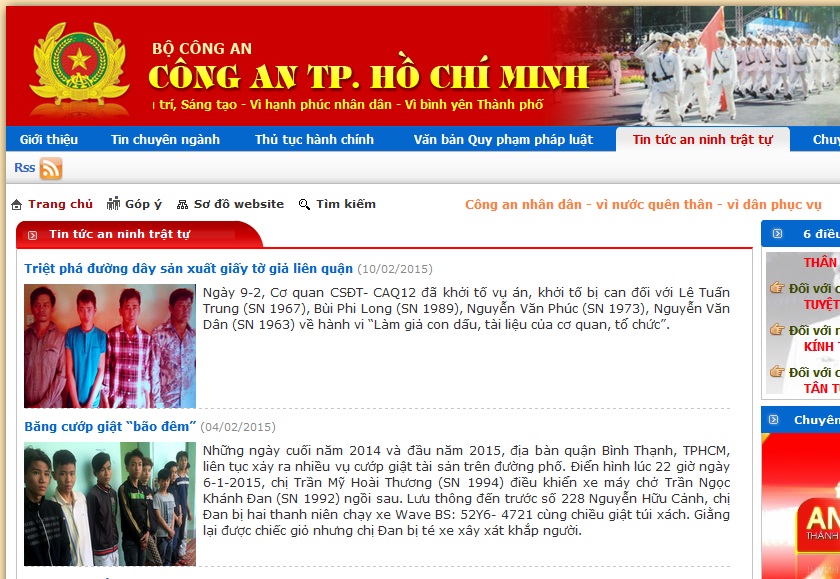 Nguyen Quang Lap, who was arrested in early December last year for propaganda against the State, was let out on bail on Tuesday, police reported the same day.

>> Blogger Nguyen Quang Lap detained Police in Ho Chi Minh City have released Lap, 59, on bail as he has shown sincerity in reporting and admitting to his offenses, Major General Le Dong Phong, head of the Ho Chi Minh City Police Department’s investigation security agency, confirmed to Tuoi Tre (Youth) newspaper yesterday. Lap, however, is banned from leaving his residence, pending further investigation, Major General Phong said. Lap, who was arrested on December 6, 2014 at his home in Thao Dien Ward, District 2, has been charged with “conducting propaganda against the Socialist Republic of Vietnam” pursuant to Article 88 of the Penal Code, the official said, adding that police also searched Lap’s house the same day. During the investigation after his arrest, Lap admitted to his wrongdoings and given relevant sincere reports to investigators, so the police have decided to change the preventive measure for him from staying in police custody to being let out on bail, Major General Phong said.