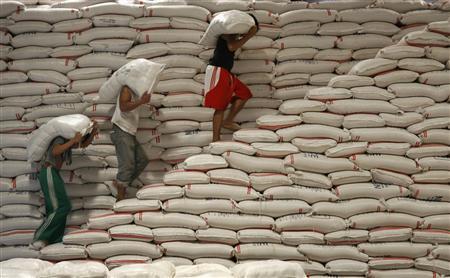 Philippine naval forces early on Monday apprehended a Vietnamese vessel with 16 crew members, including the captain, off Pata Island in Sulu, owing to alleged rice smuggling, the Inquirer reported the same day. Three Philippine boats were also seized in the incident, at 3:00 am that day. The newswire quoted Capt. Maria Rowena Muyuela, spokesperson of the military’s Western Mindanao Command, as saying that elements of the Naval Task Unit and the 64th Marine Company held the Vietnamese ship, MV An Bien-89-Alci, which was loaded with 116,000 sacks of imported rice. The boat, whose captain is Nguyen Van Loi, is registered under the Sunrise Ship and Trading Company, the Inquirer said. At the same time, the above forces also captured three Filipino-owned boats that were loaded with 15,000 sacks of allegedly smuggled imported rice and high-powered firearms off the island. One of these ships is M/L KH, which carried 7,000 sacks of imported rice and had 11 crew members together with 79 workers. Another boat is M/L Boy, which transported 7,000 sacks of imported rice and had a crew of seven. The vessel also carried four M16 rifles and six M14 rifles. The other is M/L Fatima Nurmina, which had 12 crew members and 55 workers on board, and carried 1,000 sacks of rice, an M14 rifle and an M16 rifle with M203, according to the Inquirer. The Philippine authorities have yet to announce the total value of the seized weapons as the case is under investigation. The authorities and local rice dealers estimated the value of the rice confiscated from the Philippine boats at about 104.8 million peso (roughly US$2.36 million). All the captured boats and their crew members have been taken ashore for further investigation.