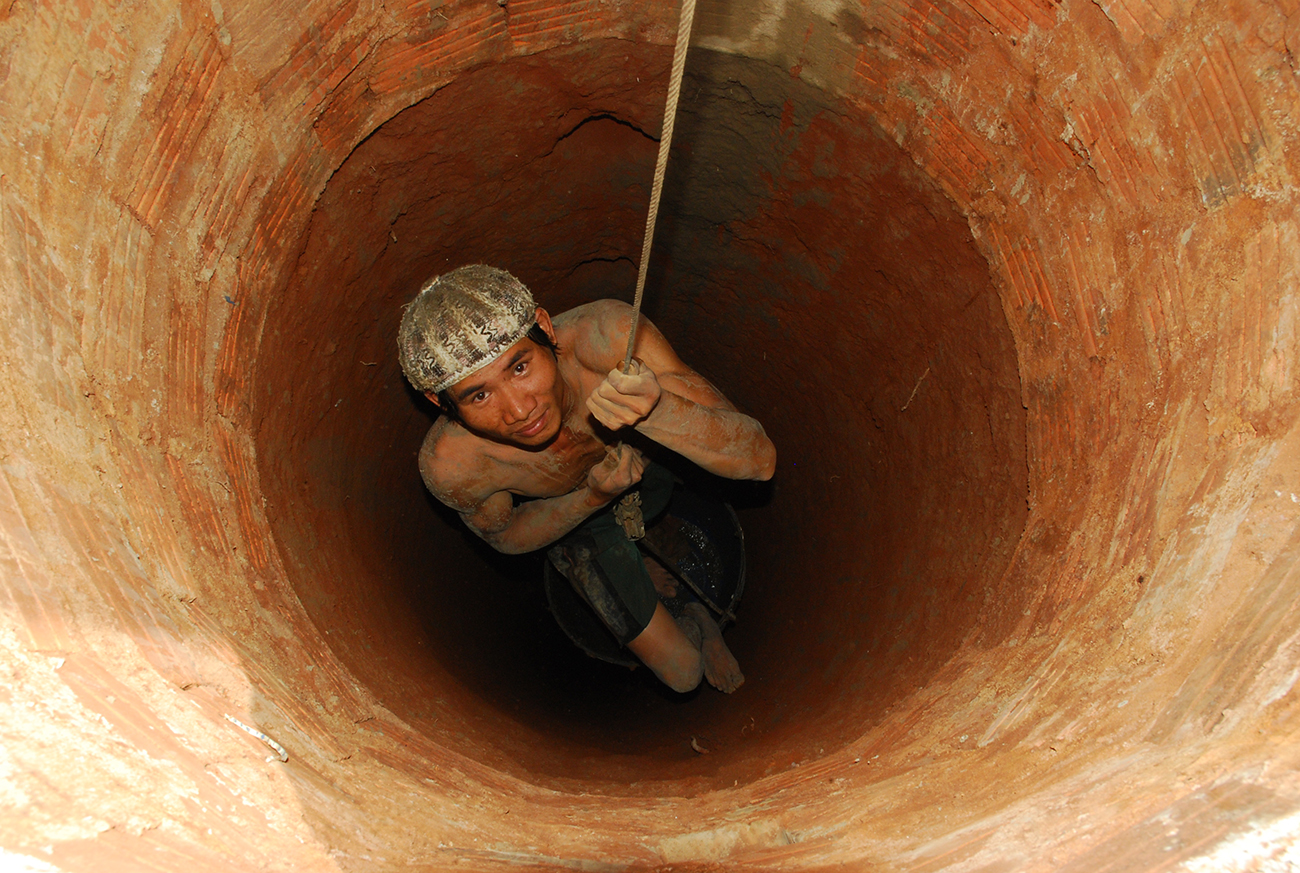 Many farmers in three Central Highlands provinces have been on edge in the past few weeks over losing their entire rice and coffee crops to relentless droughts.

Like other provinces in the Central Highlands and the south central region, rice and coffee crops grown by farmers in many districts in Gia Lai Province are writhing under the scorching heat of an acute drought, which has endured for the past few weeks.   Almost 1,000 hectares of rice and coffee which are due to be harvested soon are drooping and withering under an acute shortage of water.

Nguyen Van Bac, of Chu Se District, is watching over a group of workers who were digging him a well.

He lamented that though local farmers suffer droughts every year, he and others have never struggled this hard to cope with irrigation water shortage.

Bac’s fellow farmers were also seen pulling their hoses into petering springs in the glimmer of hope to find some water and dampen their coffee fields.

Chu Pah District is the province’s hardest-hit locality, with over 500 hectares of rice and coffee being gravely affected.

The province’s 98-hectare Ia Mo Nong, which serves as the major source of irrigation water for local farmers, is now petering out to an alarming extent.

According to the provincial Department of Agriculture and Rural Development, nearly 1,200 hectares of plants, mostly coffee, have been impacted by the drought.

Its counterpart in the neighboring province of Kon Tum also reported over 1,000 drought-hit hectares of coffee and other plants.

Farmers in Krong Pak District in Dak Lak Province have had no choice but to cut their rice and feed it to their cattle.

Many villagers have gone to great lengths to scoop out limited drops of precious water from a quarry which is located deep in the forests.

They are increasingly concerned about where to get the water from if the rock mine’s water source also dwindles to an end.

Meanwhile, residents of the province’s Cu M’Gar District have to buy water for some VND80,000 (US$4) per hour to water their crops.

The Dak Lak Department of Agriculture and Rural Development reported that as of Tuesday, the province’s 24,291 hectares of plants have been impacted by the drought.

Among them, 878 hectares have been completely devastated.

Over 2,500 local households currently crave water for their daily consumption, the department added.