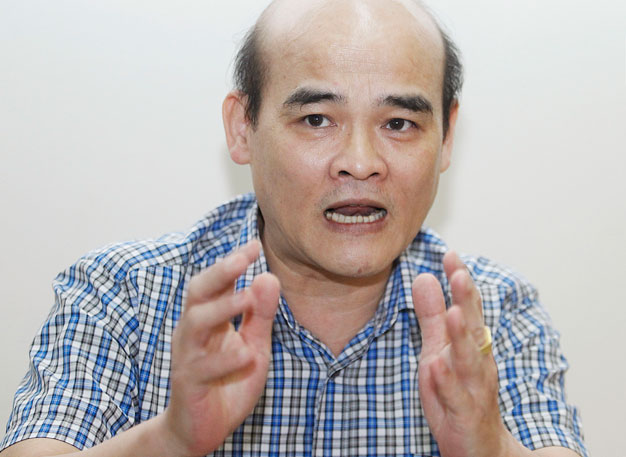 ‘The right to die’ should be included in Civil Code: Vietnam lawmaker

The Civil Code should include “the right to die” to be applied to hopeless patients who wish to die gently to end their sufferings, a lawmaker has suggested.

Dr. Nguyen Huy Quang, head of the Legislation Department under the Ministry of Health, made the suggestion in a recent interview with Tuoi Tre (Youth) newspaper.

Patients who are suffering pain from an incurable disease while their families can longer afford treatment costs should be allowed to die in a smooth way of their choice, Dr. Quang said.

“The law has stipulated the right to live, so why cannot there be a regulation on the right to die?” Dr. Quang questioned.

Such a suggestion is not new, as some already said in 2005, when the Civil Code was being prepared, that there should be a right for those suffering from their incurable diseases to end their life smoothly.

Many others have also voiced their opinions that the right to die should be mentioned in the Civil Code, which is now being revised.

Regarding his recommendation, Dr. Quang said that there are indeed desperate patients who prefer to die so that they do not have to continue enduring pain.

“In such cases, the patients suffer from both physical and spiritual pains, so the issue here is whether they should be given the right to die or they should be left waiting for death in such pains,” Dr. Quang said.

When asked whether he expects that his suggestion will come as a shock to the public, as it is contrary to the right to live provided for in the Constitution, Dr. Quang answer this thorny issue often causes fierce and drastic debate in terms of morality and legality.

If the right to die is defined broadly as one for people to choose death as an end to any sufferings they are enduring, there may be circumstances in which some abuse this right by committing suicide to release themselves from what they do not want to face any more in their life.

The right to die should be considered a privilege only for hopeless patients who do not want to take their own life but prefer to die gently and peacefully, instead of continuing to live in prolonged pain, Dr. Quang said

Regarding who will make a decision on applying the right to die to hopeless patients, the patients themselves or their relatives, Dr. Quang said when such patients wish to use the right, then the relevant health facility will set up a council to consider their aspiration and health condition before deciding on whether or not, and how, that right will be applied to them.

“Their relatives should not be the decision-makers because if they should, ethic and legal issues related to their decision-making may arise,” Dr. Quang stressed.

When asked whether his proposal will be approved, Dr. Quang said this right is currently ensured by several countries only, such as Belgium, the Netherlands, Switzerland, and Argentina.

“Even my proposal is not approved, it is still worth being discussed,” Dr. Quang said.

“I am a lawmaker in the health sector, so I understand how much pain patients of incurable diseases suffer. I think after I announce the proposal, many experts will feel sympathy with me.”