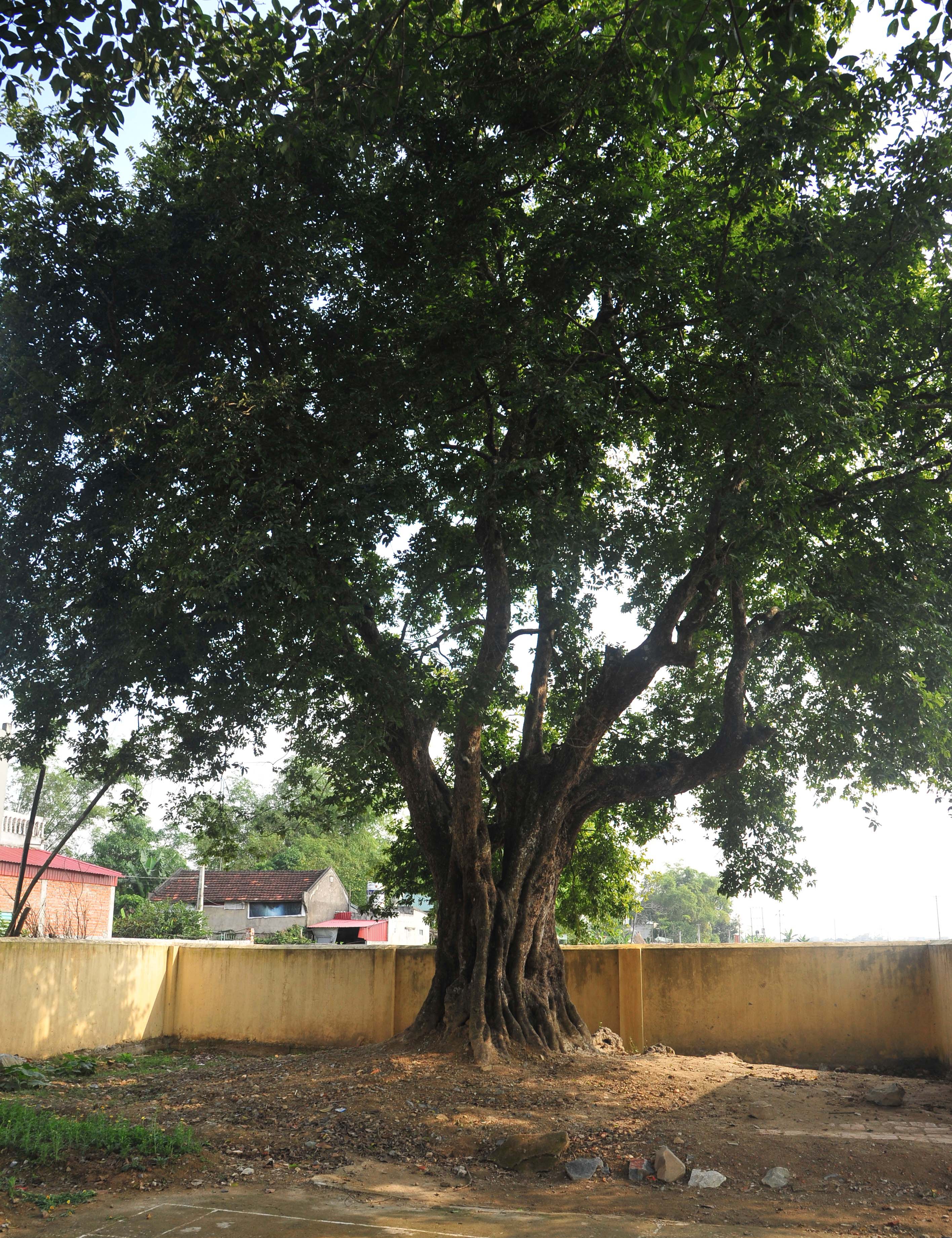 The Vietnam Association for Conservation of Nature and Environment on Friday recognized two ancient gold apple trees planted near the Ho Dynasty Citadel, a world cultural heritage site, in Vinh Loc District in the north-central province of Thanh Hoa as national heritage.

Dr. Do Quang Trong, director of the Center for the Conservation of the Ho Dynasty Citadel World Heritage, told Tuoi Tre (Youth) newspaper that the two trees in Xuan Giai Village were grown very long time ago, dating back to the period of the Tran-Ho Dynasties.

They were located in the center of the village and around 30 meters away from the southern moat of the citadel.

The trunks of the two trees have a circumference of 10 meters and are around 20 meters high. Their roots extend from three to five meters around the trunks.

The two trees’ canopies are very large, creating beautiful scenery for the village. They are attractive points for tourists when visiting the Ho Dynasty Citadel.

The Tran Dynasty was a ruling dynasty in Vietnam, known as Dai Viet between 1225 and 1400.

The Ho Dynasty Citadel was recognized by UNESCO as a world cultural heritage site in 2011.

According to UNESCO, the Citadel of the Ho Dynasty built in 1397 and composed of the Inner Citadel, the La Thanh Outer Wall, and the Nam Giao Altar covers 155.5 hectares, surrounded by a buffer zone of 5078.5 hectares.

It is located in accordance with geomantic principles in a landscape of great scenic beauty between the Ma and Buoi Rivers in Vinh Loc District, Thanh Hoa Province.