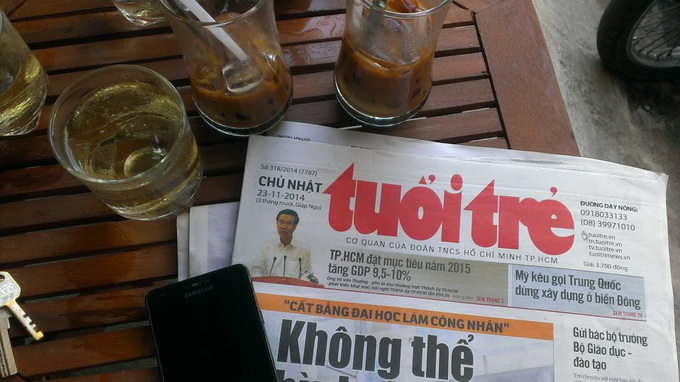 Here are the news stories about Vietnam you may want to know for today, April 29.

-- Vietnam’s State President Truong Tan Sang attended a ceremony to commemorate the death anniversary of the Hung Kings, considered the founders of Vietnam, in the northern province of Phu Tho on Sunday.

-- Part of the body of the fighter jet SU 22, which crashed off south-central Vietnam on April 16, and its pilot, Le Van Nghia, were lifted and found, respectively, on Tuesday.

-- All of the main gateways from Ho Chi Minh City to localities in the northern, southern and central regions were congested with people setting off for a six-day holiday on Tuesday.

-- Hotels in such popular tourism destinations as Vung Tau, Nha Trang and Da Nang have increased room rates dramatically as thousands of holidaymakers flocked there on Tuesday.

-- Tuesday, the first day of the six-day national holiday ending Sunday, saw a total of 28 traffic accidents occur across Vietnam, killing 22 people and injured 22 others, the National Committee for Traffic Safety announced the same day.

-- More than 20 flights were unable to land at Tan Son Nhat airport in Ho Chi Minh City due to bad weather caused by a thunderstorm on Tuesday afternoon. These planes had to either land at another airport or wait until the weather calmed down.

-- Vietnam continued suffering a drop in the number of international arrival in April, the straight 11th month, according to the Vietnam National Administration of Tourism.

-- Vietnam’s exports in the first four months of this year topped US$50.1 billion, an 8.2 percent year on year increase, according to the General Statistics Office.

-- Vietnamese cashew now has a larger chance to enter the U.S. market, where consumers are switching to the nut from others thanks to its competitive price, according to the chairman of the Vietnam Cashew Association Nguyen Duc Thanh.

-- The 2015 Da Nang International Fireworks Competition officially kicked off in the central city of Da Nang on Tuesday, showcasing performances of five teams from five continents in two days.

-- Vietnam are ready for their opener game against Myanmar at the international women's football tournament 2015 AFF Women’s Championship in Ho Chi Minh City on May 2.