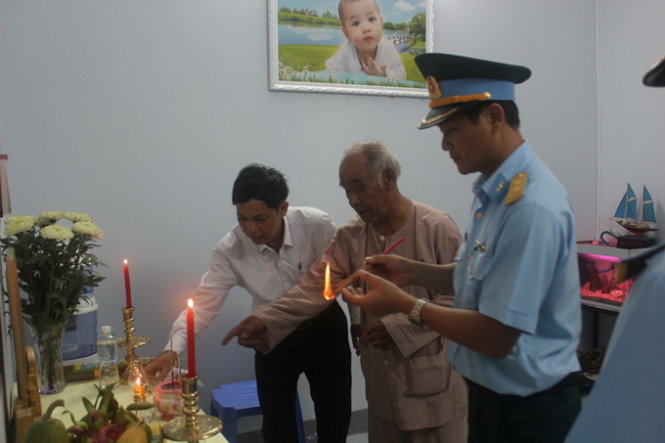 Fighter jets might have collided with each other before crash: Lt Gen

The two Sukhoi Su-22 fighter jets whose black boxes have been found might have collided with each other before they crashed off central Vietnam more than two weeks ago, leaving two pilots dead, an air officer has said.

>> Vietnam recovers body of second pilot in fighter jet crash Lieutenant General Vo Van Tuan, Deputy Chief of the General Staff of the Vietnam People’s Arm, made the statement on Friday after informing that two black boxes of the two jets had been found off Phu Quy Island of the south-central province of Binh Thuan. The April 16 crash killed Lieutenant Colonel Le Van Nghia and Captain Nguyen Anh Tu, who were separately piloting the Russian-made fighter jets over the waters between Ninh Thuan and Binh Thuan Provinces, about 15km north of the island.

After 12 days of search, frogmen from the Ministry of Defense found Nghia’s body on April 28 off Phu Quy island. Two days later, Tu’s body was recovered from the same waters.

“It will take a time for data to be extracted from the two black boxes, but at present, we can basically affirm that the crash of  the two jets was not because of technical problems, but because of a collision between them,” Lieutenant General Tuan said. The collision might have occurred when both planes reached medium altitude while they were flying up, the official said. Analyzing data from the two black boxes will help determine the exact time when the two aircraft collided with each other as well as their elevations and speeds at that time, Tuan said

As the bodies of both pilots and the two black boxes have been recovered, the search and rescue forces have now completed their mission, he added. Such an accident is not rare during training exercises or airshows, Lieutenant General Tuan said, adding that similar cases have recently happened in a number of countries. For example, he said, two airplanes from Indonesia's Jupiter aerobatics team crashed during a practice session at the Langkawi International Maritime and Aerospace Exhibition in Malaysia on March 15, 2015. A memorial service for Lieutenant Colonel Nghia and Captain Tu, will be conducted at the funeral house of the Ministry of Defense on May 3, Lieutenant General Tuan said. The bodies of the two deceased officers will later be cremated and their ashes will be taken to their native land at their families’ aspirations, the official said. A source told Tuoi Tre that the Ministry of Defense will posthumously promote Nghia and Tu to senior lieutenant colonel and major respectively, as they died while on duty.