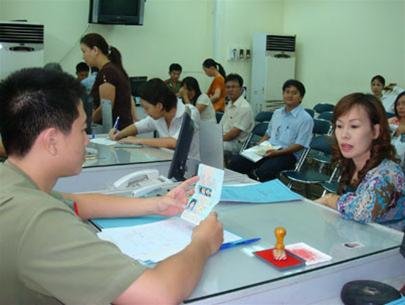 The Immigration Office under the Ho Chi Minh City Police Department will officially operate at its new location as of May 4, Colonel Nguyen Van Anh, head of the office, said on Friday. Accordingly, the office will be moved from 161 Nguyen Du Street, Ben Thanh Ward, District 1 to 196 Nguyen Thi Minh Khai Street, Ward 6, District 3 on next Monday, Colonel Anh said. The new facility is three times as large as the current location and is equipped with advanced equipment, Anh said. An automated information technology system set up at the new location will help improve the efficiency of the office’s operation as well as the quality of its services provided to the public, he said. The new facility will have an air-conditioned spacious area for people to sit waiting to work with the office’s staff, while at  the current location, people have to stand in line waiting their turns, the official said. This waiting area will also be equipped with a TV set for people to watch, he added.