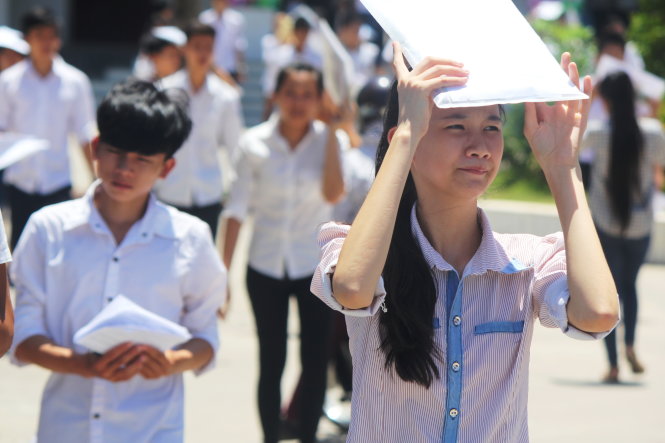 Scorching weather is raging in both northern and central Vietnam, with temperatures reaching 40.8 degrees Celsius on Thursday, the National Center for Hydro-Metrological Forecasting reported on Friday. The two regions will continue to suffer from the baking weather for several days, possibly until next Monday, June 6, the center said. Yesterday, Tuong Duong District in the north-central province of Nghe An experienced highs of 40.8 degrees, while 40.6 degrees was recorded in Con Cuong District in the same province. On the same day, slightly less hot weather was recorded in Huong Khe District of the north-central province of Ha Tinh (40.4 degrees), Quy Hop District of Nghe An (40.3 degrees), and Nho Quan District of the northern province of Ninh Binh (39.6 degrees).  Today, both the northern and central regions will see temperatures ranging from 36 degrees to over 39 degrees. The heat may slack off on Sunday in northern provinces and next Monday in the central region, the center forecast. Hanoi’s temperatures will vary in a range of 29-39 degrees on Friday, while the high temperature in the central city of Da Nang will top 38 degrees. The temperature measured in open areas without shade in the capital reached over 40 degrees, according to local newswire VTC News. Power cuts have repeatedly occurred in the capital city over the past several days, worsening the suffering of residents in the broiling heat, VTC News said. These days, many people in some areas in Hanoi have had to sleep on the streets outside their houses to cope with the baking heat, according to the newswire.