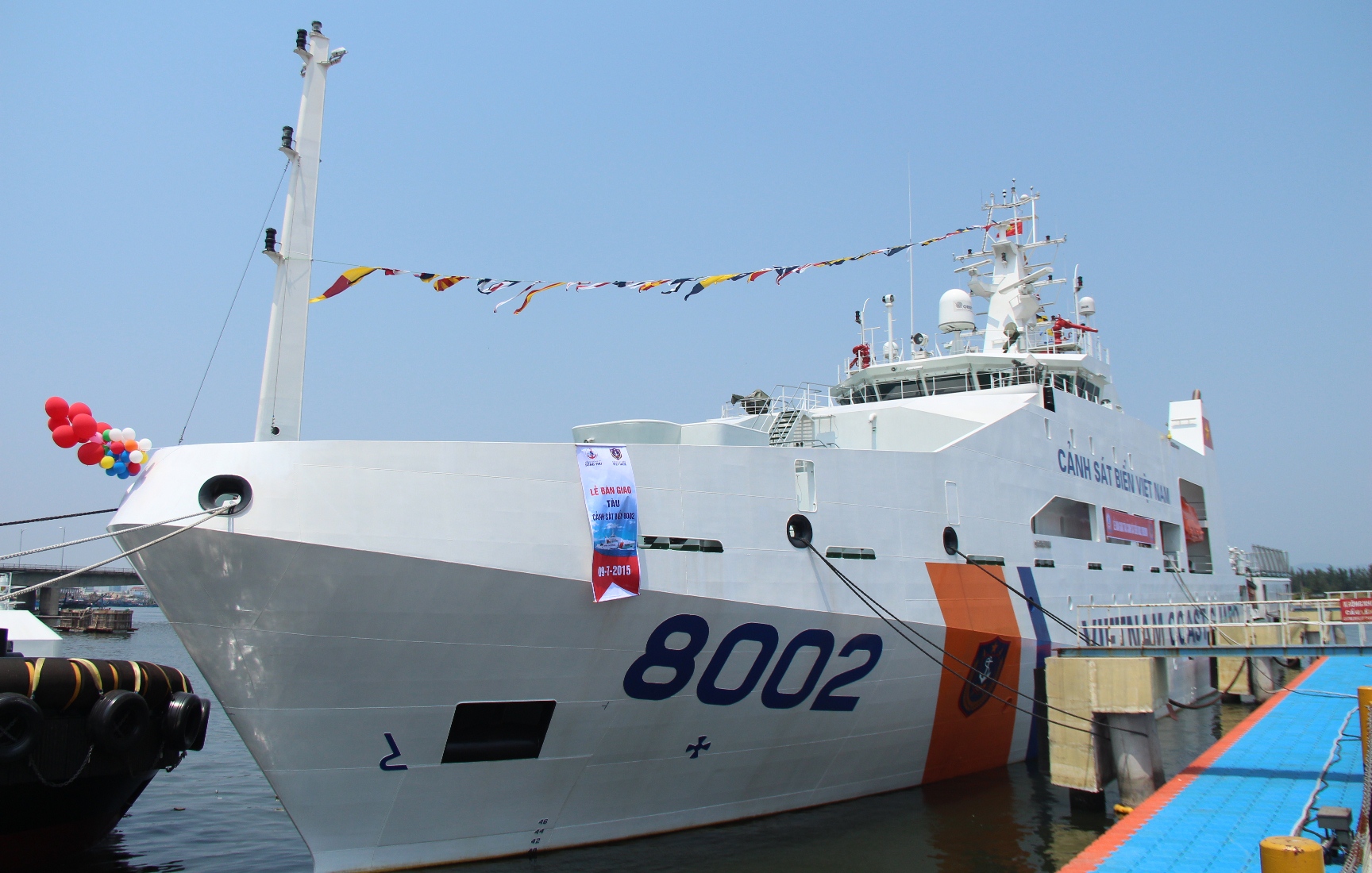 Two advanced ships, including a coast guard vessel with a helipad on board and a towing and rescuing boat, have been handed over to the Vietnam Coast Guard (VCG).

The builder of these ships, Song Thu Corporation, under the Ministry of Defense’s Industrial General Department, transferred the vessels, CSB 8002 and CBS 9004, to the High Command of the VCG during a ceremony at Song Thu Port in the central city of Da Nang on Thursday. The CSB 8002, a multifunctional police boat, meets all international standards for vessels of its kind. The ship has a helicopter-landing pad aboard and is equipped with four cannons: two 23 mm guns and two 14.5 mm guns.

The vessel has a healthcare system including an emergency room, an operating room and advanced medical equipment and supplies.

The boat can sail at a maximum speed of 21 knots and can survive winds of up to 133kph.

It can operate for 40 consecutive days in a range of 5,000 nautical miles.

Meanwhile, the CBS 9004 is the largest and most modern towing and rescuing boat that has been built in Vietnam so far. The vessel is equipped with advanced equipment and has a capacity of 3,500 horsepower. It can operate for 30 days in a row in various weather conditions. The vessel will be used for search and rescue and salvage of fishermen at sea, patrols, and other activities serving the protection of security and Vietnam’s sovereignty over its waters and continental shelf, the VCG said. The CSB 8004 will be assigned to the VCG of Zone 2, while the CSB 9004 will be added to the fleet of the VCG of Zone 1, said Major General Nguyen Quang Dam, commander of the VCG.