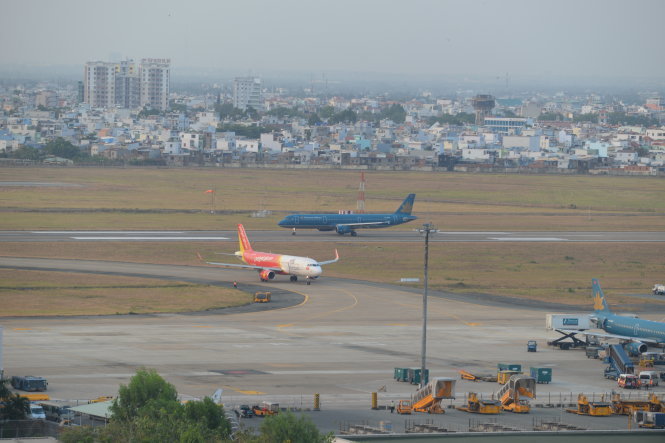 One of the two runways at Tan Son Nhat International Airport in Ho Chi Minh City will be closed for repairs on Thursday, as its surface was damaged by lightning bolts late last month, the Civil Aviation Authority of Vietnam said Tuesday.

Lightning struck the 25R/07L runway of the airport on June 30, damaging two spots on the surface with a total area of 10 square meters, according to the CAAV.

The Airports Corporation of Vietnam fixed the affected areas shortly after the incident, but the damage was so severe that they required repair work on a larger scale.

The concrete layers of the damaged surface need to be reconstructed to ensure the stability of the runway.

Repairs are scheduled to be completed by the end of Sunday, with temporary plans to ensure operations of the country’s busiest airport already prepared, the CAAV said on its website.

Airlines, however, were also asked to adjust their flight frequency during the repairs.

While Tan Son Nhat is to be able to handle 35 landings and takeoffs an hour, the frequency must be reduced to only 30 flights per hour when the runway is repaired, according to the CAAV.