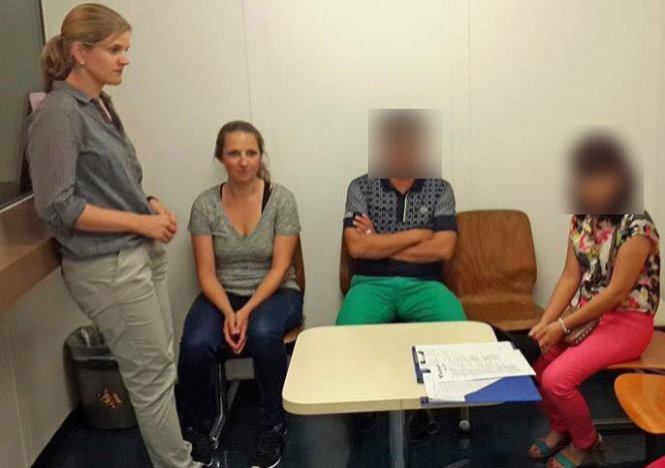 Swiss police fined a Vietnamese man and his sister 1,000 Swiss francs (US$1,043) each for stealing three pairs of spectacles at a trade center in Switzerland during their tour last week.

>> An audio version of the story is available here The two shoplifters were among 29 Vietnamese people, as agents of a beverage company based in northern Vietnam, who took a tour of France and Switzerland from July 9 to 17, said N.H.S., the head of the group. As soon as the man, N.T.D., and his younger sister, N.T.H.P., left the trade center, Swiss police arrived and arrested the two, S. narrated. The incident occurred on the afternoon of July 15, the group’s last day in Zurich before flying back to Paris, S. said. Police took action after they received a report from the center that the two siblings stole three pairs of luxury eyeglasses, as recorded by surveillance cameras, S. said.  On that afternoon, the members of the group went shopping freely and were asked to gather at a designated place at 6:45 pm to return to their hotel. When the deadline came, D., his wife, T., and his sister did not show up, and when all the other members came back to the hotel at 8:00 pm, the three were still not seen. At nearly 9:00 pm, T. arrived at the hotel and told the other group members that she had lost D. and his sister at the shopping center and that she could not contact them as her phone had run out of battery. After recharging the phone at the hotel, T. received a text message in German. S. asked a local for translation help and learned that the Zurich city police had detained D. and P. S., D.’s wife, and a representative of the beverage company went to the police station, where officers told them that D. and P. had been caught filching three pairs of eyeglasses bearing well-known brands such as Gucci and Louis Vuitton, worth over 300 Euro ($328) per pair. As shown in surveillance camera footage, D. and his sister removed the price tag and the product information card from the pairs of glasses and took them from the center while wearing two of the stolen items. Center guards held them as soon as they stepped out of the center, and police then rushed to the scene, S. said. S. suggested that police officers handle the case soon as the group had to fly to Paris early next morning before flying on to Hanoi.  Police said that D. and P. had to pay a fine of 1,000 Swiss francs each if they wanted to be released. The shoplifters were set free after the group collected money among its members to pay the fines, S. recounted.