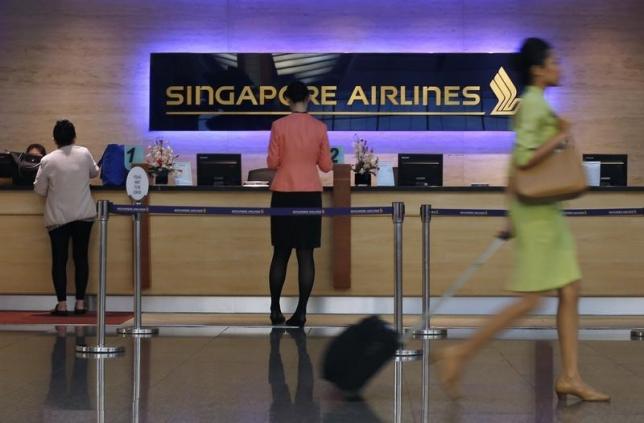 Traveling to Singapore might now be a nuisance for Vietnamese women, as they are likely to be held, questioned, and even prevented from entering the city-state by immigration officers there, a reality vexing Vietnam’s aviation authorities and airlines.

Many Vietnamese passengers, mostly women, have had their entry to Singapore denied and been forced to return to their home country immediately for unknown reasons in recent times, the Civil Aviation Authority of Vietnam said Wednesday, citing reports from local carriers.

The denied entries resulted in cost overruns for both the airlines and passengers, according to the carriers, which have called on the aviation watchdog to intervene.

N. went on the trip with a friend of hers, but she was the only one who was held by an immigrant officer while they were completing entrance procedures, she recalled.

The Vietnamese visitor was asked a few questions and invited into a locked room to join around 20 of her countrywomen.

Another officer then asked N. about her plan and schedule during her stay in Singapore, and checked her round-trip air tickets, hotel addresses and the cash she carried.

She also had to have her fingerprints taken, and posed for a photograph before being allowed to enter the city-state.

“I’d been advised by friends to prepare cash just in case I was asked to prove I had it, but I had never thought I would be in such a situation,” N. said.

N.N.H.T., a freelance model who lives in Ho Chi Minh City, had the same experience when she traveled on her own to Singapore on June 27.

T. was eventually allowed to enter at Singapore Changi Airport after going through the same steps as N., which took her “a couple of hours,” the model said in a Facebook status update.

“I was wondering how long it would take other women, who cannot speak English, to be released,” she said.

The model said she was also held for checking on a previous trip to Singapore.

“I knew I would be held again, but I really do not like the way they treat Vietnamese women,” she wrote.

“They humiliated us and I feel disrespected.”

Another Vietnamese visitor, who also had to undergo a 30-minute check to be able to enter Singapore, said she felt hurt for being treated that way.

“There were also women of other nationalities on that flight, why were Vietnamese women the only to be held?” she said.

There are many other cases where the held female Vietnamese visitors failed to pass the checks, and thus had to return to Vietnam immediately, which airlines said would cost them enormous cost overruns.

“The airlines will have to pay all expenses when denied visitors have to wait to return to Vietnam, and will ask those passengers to pay them back later,” the deputy general director of a Vietnamese carrier told Tuoi Tre (Youth) newspaper.

The cost overrun for every passenger held in Singapore is more than US$150, according to the source.

“When we first launched services to Singapore, we had to pay tens of thousands of U.S. dollars a month for local authorities to cover such costs,” he said.

The representative of another airline said the company loses up to VND16 billion ($735,000) a year on carrying female passengers back to Vietnam after their entry was denied.

“When airlines asked those passengers to pay them back, no one was willing to open their wallets,” a ground service attendant at Tan Son Nhat International Airport in Ho Chi Minh City revealed.

The Civil Aviation Authority of Vietnam (CAAV) said it has called on its Singaporean counterpart to work with Singapore’s immigrant agency on the issue.

Singapore should make a list of Vietnamese passengers who are not encouraged to visit the city-state so that airlines of both countries can ensure the rights and interests of their passengers, Vietnam’s aviation watchdog said.

A CAAV official told Tuoi Tre on Wednesday they had yet to receive a response from the Singaporean aviation watchdog.