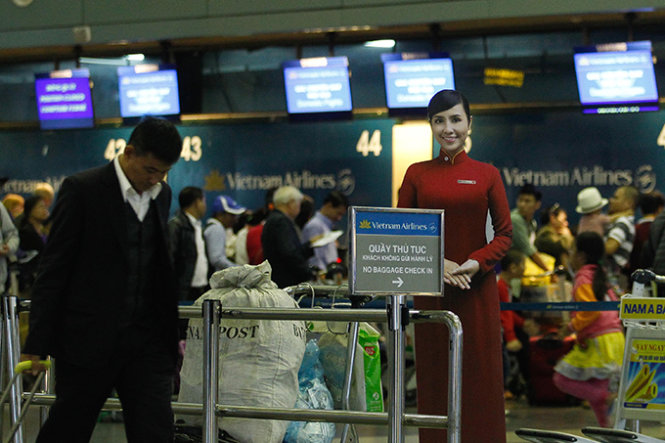 A woman was detained by security forces at Noi Bai International Airport in Hanoi on Monday as she was waiting to board a flight, with an iPhone 5S she had stolen from another passenger in her hand luggage.

Le Thi Hao, 31, walked straight to the flight departure hall after cheating a café attendant to steal the handset, apparently unaware of the surveillance camera system at the Hanoi terminal.

Hao was drinking coffee at the Oganic Coffee shop on the second floor of the airport’s Row E when she saw a man had his iPhone charged at the cashier desk, she confessed to security officers.

The handset belongs to Pham Van Hiep, 28, who was waiting to board a flight to Ho Chi Minh City at 9:00 pm the same day.

When Hiep stopped paying attention to his phone, Hao approached the cashier and said she wanted her phone back.

The attendant, Vuong Thu Huong, merely asked Hao if the device was really hers, to which the woman replied “yes.”

Huong ended up giving both the phone and the charger to Hao.

The woman put the stolen asset into her handbag, passed the security check, and got to the waiting section before she was caught.

The airport security officers checked the surveillance footage and saw Hao cheating the cashier to steal the phone.

It did not take them much time to find her waiting for the flight at Row E.

The passenger was then transferred to the police station at Noi Bai for further investigation.