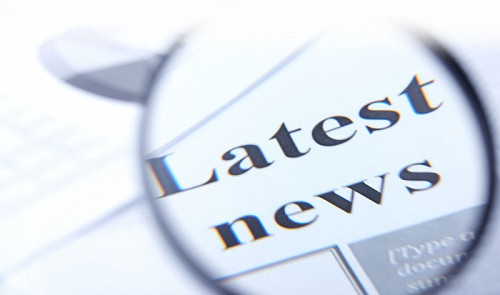 -- The Czech Government supports the early signing of a free trade agreement between Vietnam and the European Union, visiting Czech Foreign Minister Lubomir Zaoralek told Vietnamese State President Truong Tan Sang at their talks in Hanoi on Friday, adding that he hopes Vietnam will become one of Czech’s strong partners in Asia to strengthen bilateral cooperation and deal with global issues.Society

-- It was not until three hours after diplomatic contacts were made between competent agencies of Vietnam and China that two Chinese coast guard ships stopped preventing Vietnamese rescue forces from approaching a local fishing boat that was drifting at sea due to engine breakdown off Vietnam’s Hoang Sa (Paracel) archipelago, part of the south-central province of Khanh Hoa, on Tuesday, local authorities reported.

--  Vietnamese State President Truong Tan Sang pinned the Military Exploit Order, first class, on the flag of the General Department of Defense Intelligence at a ceremony in Hanoi on Friday, during which he asked the force to improve operation efficiency, provide more accurate and timely information as well as advices for leaders of the Party, State and army, deserving the trust of the entire Party, army and people.

--  Vu Quoc Hao, 60, ex-general director of Finance Leasing Company No. 2 under the State-owned Vietnam Bank for Agricultural and Rural Development, and four other former officials of the company have been prosecuted for “deliberately acting against the State’s regulations on economic management, causing serious consequences” pursuant to Article 165 of the Penal Code, the Supreme People’s Procuracy said on Friday.

-- The Vietnamese Ministry of Finance on Friday said it will increase the import tax rate on steel products coded 72.24 - 72.29  from zero percent to 10 percent in the near future, as a temporary measure to limit import of alloy steel ingot containing boron and chrome from China for manufacture of steel for construction, contributing to protecting domestic steel production.

-- Binh Duong Province, one of the localities in the key southern economic region, has granted investment certificates to 38 foreign-invested projects worth nearly US$532 million in total, taking the total foreign direct investment attracted by the province  from the beginning of the year up to now to $1.63 billion, up 40 percent from the same period last year, the provincial administration reported on Friday.