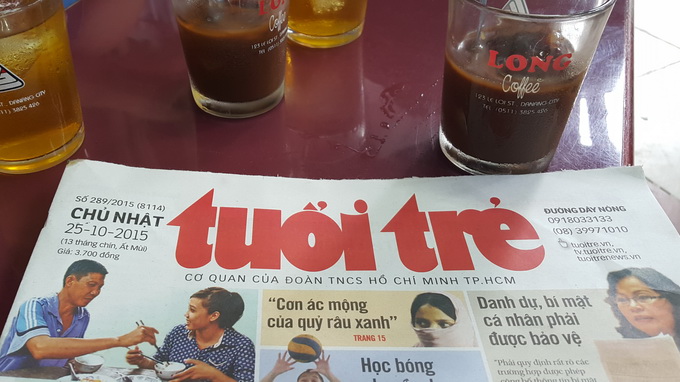 Here are the leading news stories about Vietnam you do not want to miss today, October 26.

-- A delegation led by Deputy Defense Minister General Do Ba Ty, chief of the General Staff of the Vietnam People’s Army, is on an official friendship visit to Cuba, lasting from October 24 to November 2.

-- Photos and documents illustrating the Vietnam-Indonesia friendship are on display at an exhibition ending October 28 in Jakarta.

-- Traffic police officers in the north-central city of Thanh Hoa are patrolling with a small camera equipped on their crash helmets to shoot what will be used as evidence for their penalty decision.

-- A 42-year-old man in the north-central province of Nghe An on Sunday stabbed himself in the stomach and locked himself in his house, prompting his family to call for police help.

-- Nguyen Thi Van, who was charged with murder for stabbing an 11-day-old baby in the head on August 7, has been permitted to receive treatment for mental illness until her health allows court attendance, police said Sunday.

-- The government has allowed construction work to resume for the Da Dang-Da Chomo hydroelectric power plant in the Central Highlands province of Lam Dong, more than ten months after the tunnel collapse that trapped 12 workers there.

-- A court in the north-central province of Thanh Hoa has delayed execution for Le Van Manh, who was sentenced to death for raping and killing a woman, in a last-minute decision following petitions to review the case from his family and many lawyers.

-- Vietnamese conglomerate Vingroup announced Sunday it had acquired the Maximark supermarket chain, consisting of nine outlets and other properties, from An Phong Investment JSC at an undisclosed price.

-- A replica of the Japanese Bridge, the symbol of Hoi An Ancient Town in the central province of Quang Nam, is being created in the north-central city of Thanh Hoa to mark the 55th anniversary of the relationship between the two localities.