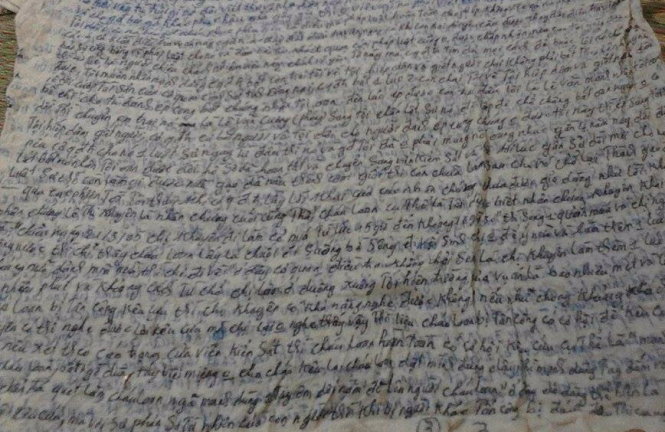 A court in north-central Vietnam has put off the planned execution for a man sentenced to death in 2008 on charges of murder and rape, following his family’s appeal saying he is innocent.

Phan Quoc Bao, chief judge of the People’s Court in Thanh Hoa Province, told Tuoi Tre (Youth) newspaper that the court has decided to postpone the  execution for Le Van Manh, who was condemned to death for raping and killing a 14-year-old girl, Hoang Thi Loan, ten years ago.

The postponement was announced after Manh’s mother, Nguyen Thi Viet, filed the appeal in Hanoi underlining that her son had been wrongfully convicted.

Viet made the move after receiving a notice from the court on October 16 saying that Manh’s execution had been slated for November 10, 2015.

On October 23, six lawyers in Hanoi also lodged their petition to State President Truong Tan Sang and many judicial agencies in the capital city and Thanh Hoa, requesting a delay of the execution.

“We have just received the petition from Manh’s family and we will re-consider the case to determine whether Manh has fallen victim to miscarriage of justice or not,” Bao said.

“After re-examining the case file, we will make proposals to law agencies on what steps should be taken to deal with it,” he added.

Manh was detained on April 20, 2005 in the southern province of Dong Nai on charges of robbery.

At his third first-instance trial, the Thanh Hoa People’s Court sentenced him to death on charges of murder and robbery.

In November 2008, the appeal trial of the Supreme People’s Court in Hanoi upheld the capital punishment for Manh.

Nguyen Van Khuyen, deputy chief judge of the court and chairman of the death sentence execution council, said that Manh had continuously filed appeals saying he is innocent, so the execution for him has yet to be done.

However, Manh has not submitted a petition to the state president for a pardon, Khuyen said.

Before scheduling the execution for the convict, the court had consulted the Supreme People’s Court, which said early this month that if no protest was made against Manh’s verdict, his death sentence would be enforced normally, Khuyen said.

“However, given that Manh’s family has made an appeal against his death penalty, we will consider it,” the official said.