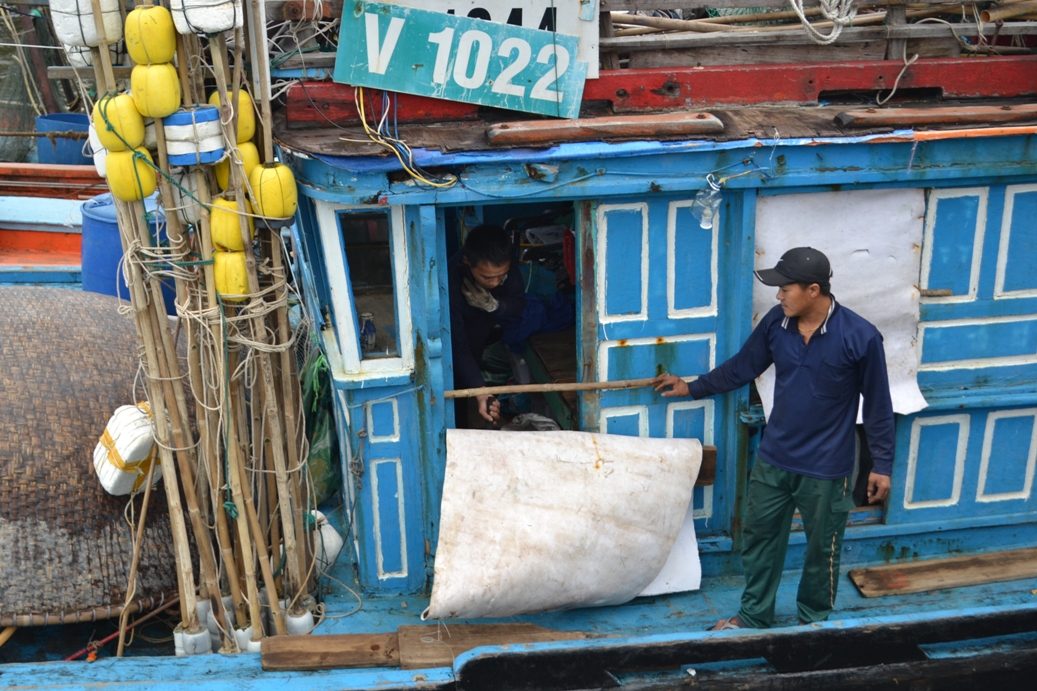 A boat full of fishermen from the central Vietnamese province of Quang Ngai was operating in Vietnam’s waters when it was hit multiple times by a Chinese vessel on Thursday last week.

A representative from the Vietnam Fisheries Resources Surveillance told Tuoi Tre (Youth) newspaper on Monday that they had received a report of the attack and were investigating the case.

At around 5:00 am on January 14, the fishing boat QNg 98137 carrying 10 fishermen from Quang Ngai was operating in an area 90 nautical miles off the central city of Da Nang when it was attacked by a vessel with a steel hull, white cabin and Chinese letters on its side, Vo Ngoc Minh, engine chief of the boat, recounted.

After the first direct hit on the fishing boat's cabin, the fishermen rushed to retrieve all of the fishing nets to prevent them from being damaged, according to Minh.

The Chinese vessel then crashed into the boat for a second time, this time at its starboard side, he said.

The attack caused severe damage to communication cables, the cabin and several other parts of the ship, with total loss estimated between VND200 million (US$8,928) and VND300 million ($13,392), Minh stated.

The ship is now anchoring at Tho Quang Port in Da Nang to be fixed and reinforced, according to the fisherman.

Captain Vo Long of the fishing boat added that they began their fishing trip on December 31, 2015 and cast their nets in the area north of Vietnam’s Hoang Sa (Paracel) archipelago, the traditional fishing grounds of Quang Ngai fishers.

There were two men on the vessel speaking a Chinese dialect before it crashed into the fishing boat twice, the captain said.

On January 1, a Chinese vessel was held responsible for ramming and sinking a boat of Quang Ngai fishermen when it was fishing some 70 nautical miles off Con Co Island, administered by the central province of Quang Tri.

In this instance, Chinese authorities were asked by their Vietnamese counterparts to clarify the case.