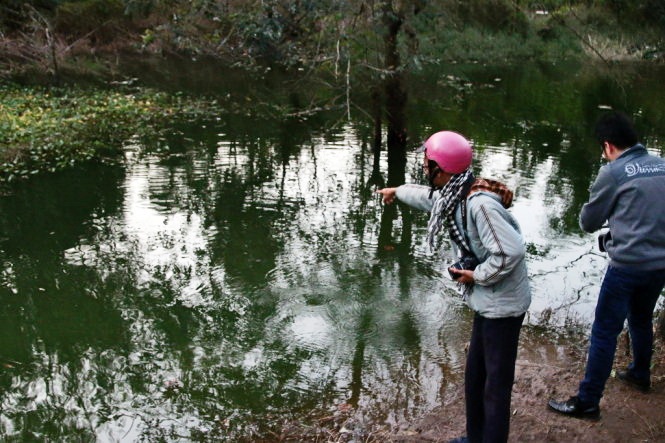 Dang Van Hoan, chair of the People’s Committee of Cu Sue Commune, where the school is located, confirmed the tragic drowning on Thursday night.

In tears, the victims’ relatives recounted that after leaving school at around 3:00 pm, Thi Nhung, Hong Nhung, Thi Thanh, and two other girls aged 13 from the same class arrived together at Thanh’s home.

While the group was bathing and frolicking in the lake behind Thanh’s house, they slipped and fell into a spiral of currents that swept them away.

Thuy was, however, powerless in saving the three other girls, including her own sister.

Local police have handed the three bodies over to their families for burial.

The irrigation lake, where the girls drowned, is owned by Ea Pok Coffee Co., based in Cu M’Gar District.

About 3,500-4,000 children drown each year in Vietnam, the Ministry of Labor, War Invalids, and Social Affairs said in a meeting in 2014.