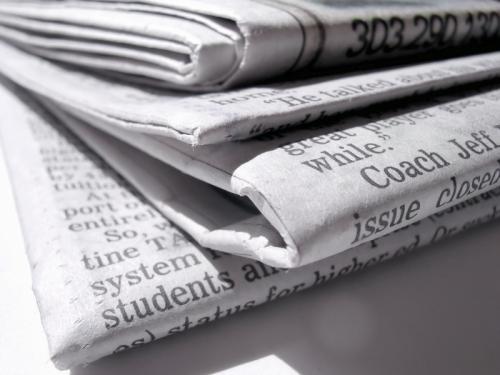 Check out what is in the news today:

-- Border soldiers in the Mekong Delta province of Ben Tre confirmed on Tuesday that they had identified a fisherman who remains missing following a hassle at sea.

-- The Ho Chi Minh City administration has yet to approve a water price hike for the 2016-20 period after a working session with representatives of relevant departments was held on Tuesday, according to a Tuoi Tre (Youth) newspaper source.

-- Leaders of a Taiwanese firm in the north-central Vietnamese province of Ha Tinh held a disappointingly brief press meeting on Tuesday to provide explanations for its wastewater discharge, possibly linked to mass fish deaths in the region, and apologize for its representative’s outrageous statement that Vietnam had to choose between marine life and the steelmaking industry. The exact cause of the fish deaths is expected to be announced on Wednesday.

-- Minister of Agriculture and Rural Development Cao Duc Phat has said that the government and United Nations agencies in Vietnam had called for US$48.5 million from the international community in aid to relieve residents’ sufferings in localities writhing in drought and salinization for the coming three to five months.

-- Agricultural surveys have indicated that most of Vietnam’s staples including coffee, pepper and cashew nuts have suffered shrinking yields and productivity due to the prolonged drought hitting several provinces over recent months.

-- As usual, a large number of hotels in downtown Da Lat, the capital city of Lam Dong Province in the Central Highlands, have hiked their room rates by twofold or threefold to brace for the upcoming holiday, National Reunification (April 30) and Labor Day (May 1).