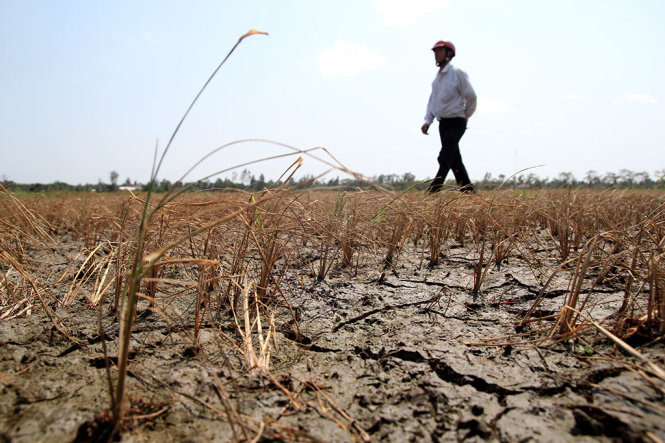 The country's worst drought in 90 years coupled with seawater intrusion into the Mekong River delta have destroyed fruit, rice and sugar crops in the world's third-largest rice exporter after India and Thailand.

"The disruption in precipitation patterns has affected the livelihoods, food security and access to safe water of the people of Vietnam," Christos Stylianides, EU commissioner for humanitarian aid and crisis management, said in a statement.

"This EU contribution will help provide life-saving assistance to affected families at this critical time, ensuring that their basic needs are met," Stylianides said.

Saltwater has encroached up the Mekong Delta up to 25 km (15 miles) further than average years, the ECHO statement said.

"Although the government had taken preparedness measures and launched some initiatives in anticipation, the scale of the current disaster has become much worse than initially foreseen, surpassing the local capacity to respond," the statement said.

Weather forecasters have warned of the possibility of a La Nina weather event, the counterpart of El Nino, which could bring intense rains to Vietnam in the second half of 2016.