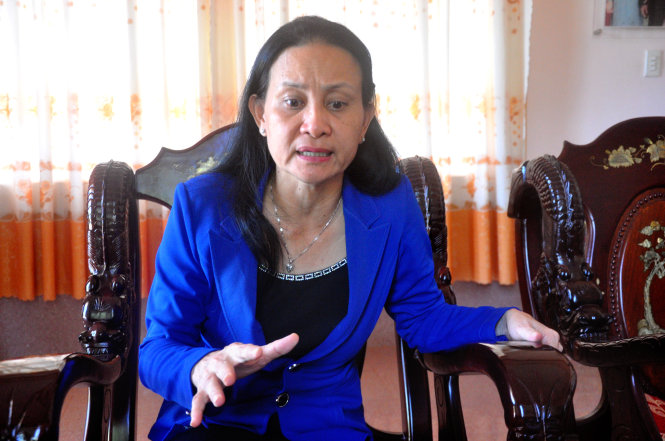 A former official of the southern province of Ba Ria-Vung Tau has revealed violations by local authorities after refusing a new appointment.

Le Thi Cong, previously the director of the provincial Department of Natural Resources and Environment, submitted a document confirming her refusal of a new appointment on the Ba Ria-Vung Tau Party Committee and urging the inspection of four ongoing projects.

According to a probe by Tuoi Tre (Youth) newspaper, one of the violations related to the separation of land plots at the Ho Tram Strip resort project.

On May 20, Nguyen Huu Loi, deputy director of the provincial Department of Natural Resources and Environment, was authorized by the People’s Committee to issue land use rights certificates with regard to the resort.

Loi’s authorization was valid from May 20 to June 3, during which Cong was on leave.

The deputy director granted the operator of the project six ‘red books,’ which are land use rights certificates under the Land Law, shortly after his temporary authorization.

According to Cong, Ho Tram Strip is a tourism project and can only be granted one ‘red book.’

Separating the land parcel is not promulgated by the law and could compromise the original construction, the former official explained.

In a separate case, a local cooperative named Quyet Thang was given a piece of land covering an area of 800,000 square meters by the People’s Committee in Tan Thanh District back in 1991.

Between 2008 and 2009, the provincial Department of Natural Resources and Environment issued several ‘red books’ of the land plot to the cooperative, resulting in its operator selling many parts to other businesses and banks.

The Quyet Thang Cooperative recently asked for the land use certificates related to other parts of the land but were denied by Cong, who said that the plot was state property and could not be sold.

It should be returned to the state, not used by the organization, Cong elaborated.

The ex-official also pointed out that the provincial People’s Committee did not accept the proposed solution to deal with the investors of two major projects, causing them to be delayed and currently unresolved.

Born in 1964, Cong was previously vice-chairwoman of the People’s Committee in Long Dien District before assuming the position of director of the Department of Natural Resources and Environment in July last year.

She received a job transfer to the provincial Party Committee in early June as she was “slow and rigid” in her job, sparking complaints from businesses, local leaders explained.

During an interview with Tuoi Tre, Cong said that she had fulfilled all tasks with good results during her 30-year career as a public servant, adding that the job transfer had impacted her reputation.

According to Nguyen Hong Linh, secretary of the Ba Ria-Vung Tau Party Committee, an inspection is being conducted on the projects denounced by Cong.