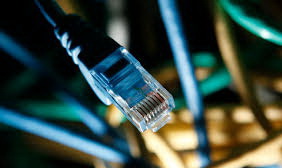 Internet speed in Vietnam has become extremely slow since Tuesday night due to an age-old reason: the infamous submarine cable system AAG, crucial to the country’s Internet connectivity, has broken again.

The break this time may have been caused by storm Nida, which passed the East Vietnam Sea before making landfall in southern China, according to sources with knowledge of the matter.

While local Internet service providers said they are still waiting for an official notification from the AAG operator, users in Vietnam have had to surf the Internet at a snail’s pace over the last day.

The AAG is a 20,000-kilometer-long submarine communications cable system, connecting Southeast Asia with the U.S. mainland across the Pacific Ocean via Guam and Hawaii.

But Internet traffic in Vietnam is greatly affected whenever the AAG cable ruptures, as the system has the largest capacity out of the four.

Since operating in November 2009, the AAG has experienced repeated problems, with the latest in late June 2016.

Internet service providers said they are too used to the AAG issues and all have back-up plans to ensure quality connection for users.

But complaints about the slow Internet are continuing to flood social media in Vietnam.