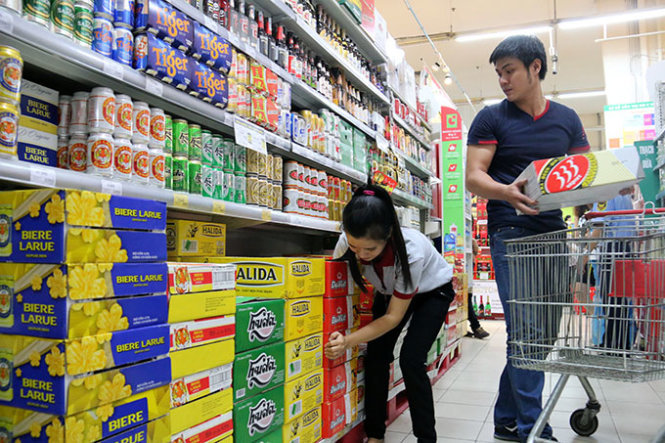 A beer distributor in the north-central province of Nghe An has been fined for spreading false information about a Hanoi-based brewery on his Facebook, hoping to drive consumers into boycotting the brand and switch to brands he distributes.

Tran Tuan Vinh, 26, is a distributor of Huda Beer, a popular brand in central Vietnam that is brewed and bottled in the central city of Hue, in Nghe An’s Quy Hop District.

On August 9, Vinh posted photos of Hanoi Beer from a Facebook account named ‘Viet Dai’, alongside a lengthy caption meant to worry anyone who read it.

“Habeco sells stakes to China: Habeco has officially admitted selling 73 percent of its shares to a Chinese partner. With a majority stake, the Chinese are now in control of all policies at the company. Following the sale, Vietnamese employees at Habeco have been laid off and replaced by Chinese nationals. Competent agencies recently stopped a Habeco truck carrying Chinese beer yeast,” Vinh wrote in Vietnamese.

A screenshot of the apology message on Vinh's Facebook

On August 10, Habeco lodged a complaint to the police unit charged with fighting cyber-criminals under the Ministry of Public Security, denouncing Vinh’s act of spreading false information on social media.

Police launched a probe and summoned Vinh shortly after.

The beer distributor confessed to police that he had posted the groundless status update to defame Hanoi Beer and boost sales for Huda Beer.

On Tuesday, the Nghe An Department of Information and Communications imposed a VND12.5 million (US$558) fine on Vinh for slander.

Vinh paid the fine and wrote an apology letter to the Hanoi beer maker, promising not to repeat his mistake and “begging for everyone’s tolerance.”