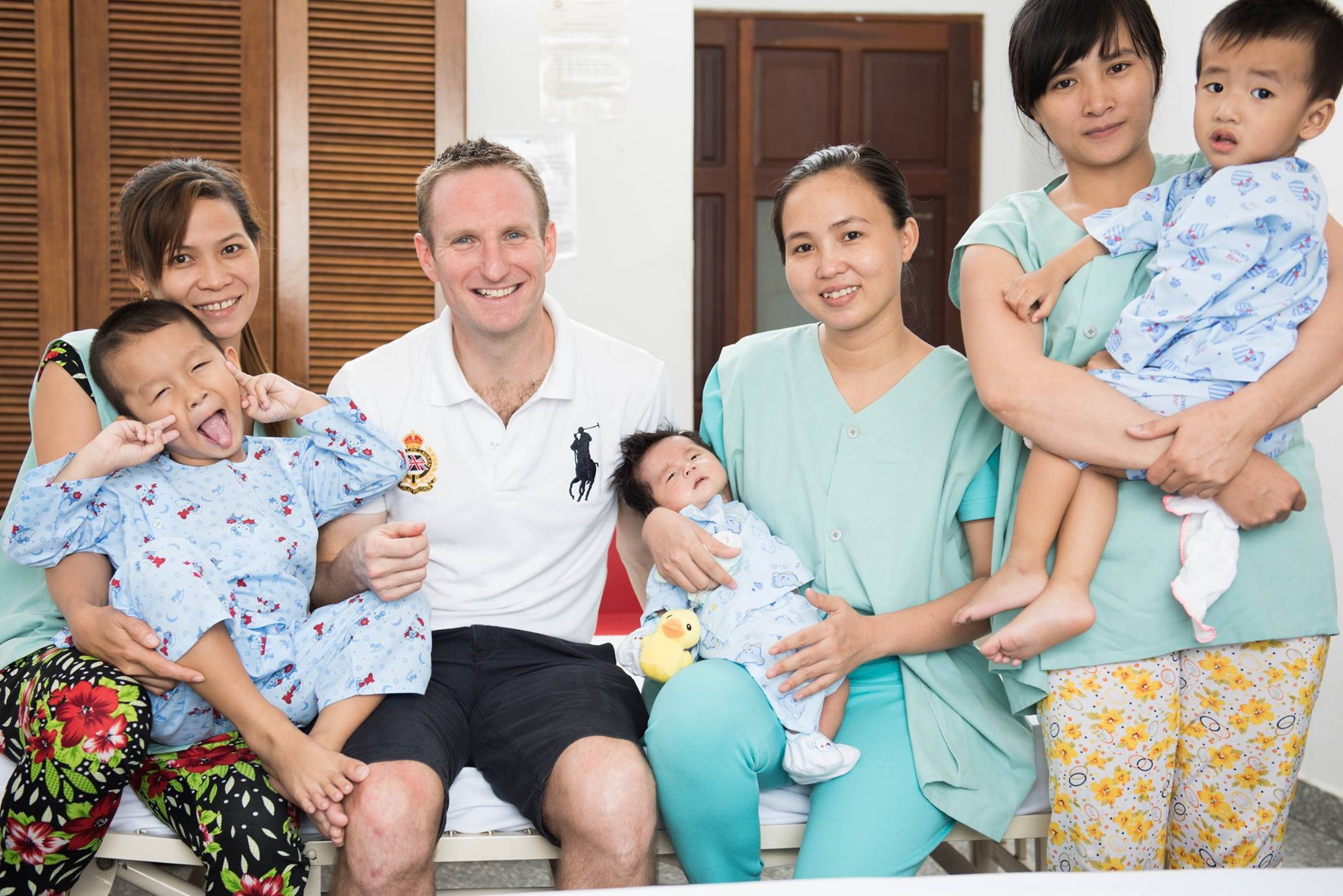 British man to cycle 1,600km to save Vietnamese children with heart disease

“It was intuitive. I’m a father and my wife and I wanted to find a way to give something back to this wonderful country,” Kirkham said.

“Looking for a charity that could help save children’s lives just made sense.”

Working with international brand activation agency Geometry Global and Heartbeat Vietnam Fund, Kirkham created a campaign called Cyclefor16 that has so far reached over 750,000 people and raised more than US$50,000.

The numbers are far beyond anything he expected, he said.

When he first discussed the plan with his wife last April, he only dared to think about raising money to save 16 children with congenital heart disease.

“What started as a plan to save the lives of 16 children quickly turned into something much bigger as we realized the amount of support being generated,” the 39-year-old said.

“I’m really proud to say that we’ve now saved 40 lives and we plan for more!”

Kirkham’s friends at Geometry Global have been proud to support his cause gratis.

“When Scott pitched me his idea, I knew we could do something very special together for a wonderful cause,” Simon Breen, head of business at Geometry Global, said.

“I’m extremely happy that so many generous people have got behind Cyclefor16.”

The 16-day ride, the main activity of Cyclefor16, is meant to raise awareness about his initiative. “We decided that we need to kick off with something different, physically challenging, something that links to health, heart and also children,” he said. This is not the first time Kirkham has done charity work in Vietnam. Last year he joined some kitchens to serve disadvantaged people in Ho Chi Minh City.

Kirkham spoke to Tuoi Tre News about his initiative Cyclefor16 a couple of days before the ride begins on September 3:

How have you prepared for the cycling?It’s like my second job. When I finish my main job, I go home and work until midnight to organize all aspects of the initiative, route, tour, getting a bike ready and also training. I cycle six hours every day during weekends and two hours every weekday with a training bike, besides training in the gym and eating the right foods.

How did you come up with the idea of Cyclefor16?I’m very grateful for the life that we have lived. I decided that this year will be the time we give back to people who desperately need help, people in the community who are disadvantaged, so I sat down one day and told my wife, ‘we have to do something, it’s our time to make a difference, to have an impact on the community and the country that we live in.’ I looked at our children and got the idea to help disadvantaged children, because children are the future, they are innocent and need help. There are a lot of great charities, but I found Heartbeat Vietnam’s work is fantastic as they almost saved 5,000 children with congenital heart disease in the past 10 years. Moreover, they are fully transparent and trustworthy as every single dollar and cent generated for Heartbeat Vietnam goes directly to surgeries for children. I was told that there are about 2,000 children who are diagnosed with congenital heart disease every single year, and 85 percent of children with heart condition die because their families can’t afford the cost of surgery. This is terrible. The cost of surgery is $1,200 but some families earn roughly $50 a month. So I think we have to raise awareness of this to help and save children. If everybody comes together and does small acts, we can make a huge impact. There are millions of adults in Vietnam, if everybody donated just VND20,000 ($1), we would save all the children who suffer from this disease for the next twenty years. When we thought about children’s lives, the most important thing is that it’s not a number, it’s not 50 thousand, it’s not a billion dong, it’s 40 children. And I would love to make it 50, or 60, or 70 children. Collectively we can do that if everyone gets involved. Small acts can lead to massive positive change in society, that’s my message.

What activities are planned at each stop during Cyclefor16?

We intend to stop by hospitals through the ride to visit children who are having surgery and their families.

Have you ever met with child patients and their families?I met Hoang in Tam Duc Hospital in Ho Chi Minh City around three weeks ago as my wife, who was the first donor, managed to meet him and his mother. Hoang is the first child to have surgery as a result of our initiative, and it was hugely emotional for everybody. Hoang’s mother told us that every night when she put him to bed his heart would beat very fast because of his condition, and she was worried he was going to die. She had to wait two years for the surgery, and now when she saw her son recovering after the surgery went very successfully, she couldn’t help crying. But those were tears of relief and gratitude as she knows her son is not going to die.That made a huge impact on my wife and children who saw that. Another unforgettable memory was when we visited Khanh in the southern province of Kien Giang and a lot of people came around and thanked me for trying to help. It was very humbling and motivating to hear people actually say it. It has inspired me to do more because when someone shakes your hands, looks you in the eye and says thank you, that’s the best power we can get. It was a life-changing moment.

Scott Kirkham and his family with the family of Khanh, a kid who had surgery as a result of Cyclefor16

However, Khanh’s family also told us about a 10-year-old girl who also had congenital heart disease but it was too late since her condition was too severe to be saved.

Four years ago she should have had surgery, but the money wasn’t available. It’s tragic to see a 10-year-old girl who should be out running in the fields with her friends dying. I deeply want to prevent such a situation happening. I believe we could do it if we join hands together.

On September 3, Scott Kirkham and fellow riders will start their ride in Hanoi. Cycling down the country via Cuc Phuong National Park, Hue, Hoi An, Da Lat and Nha Trang, they will ride the final 120km from Vung Tau on September 17.

As a tribute to the great support from Caravelle Hotel for the charity, he will finish his ride underneath its open archway, ready to meet and thank the wonderful donors who have saved so many lives.

“Everybody who donates to our initiative is on our list with the children,” Kirkham said. “When a child had surgery as the result of our initiative, I personally email people associated with that child to let them know the story and see the picture and understand how their donation makes a difference.” Kirkham also plans to make a photo book on Vietnam after the ride, and the money generated from the book will also go toward funding surgeries for children.