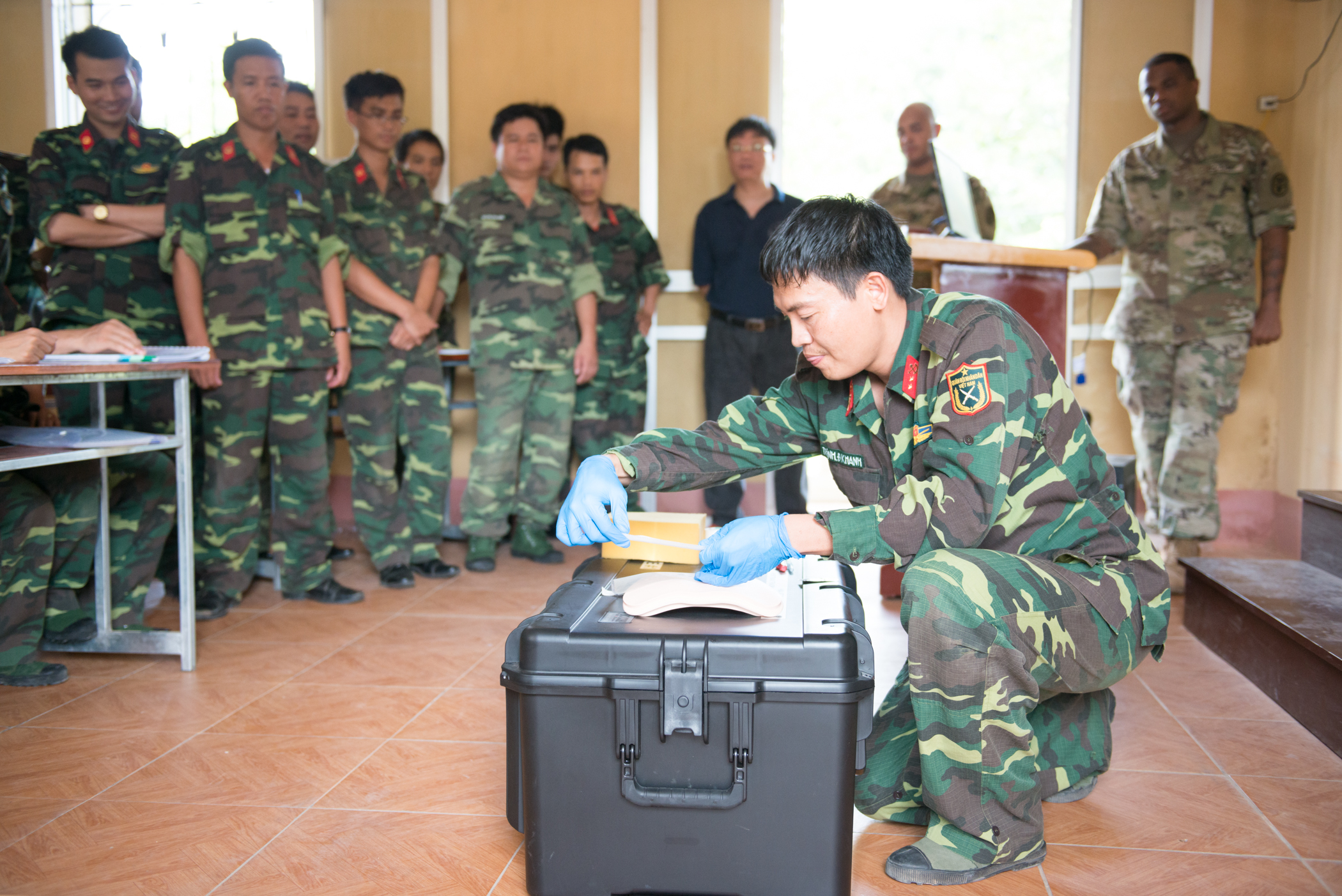 U.S. Army Pacific (USARPAC), in coordination with the Vietnam National Mine Action Center (VNMAC), conducted Humanitarian Mine Action training at the Technical Engineering School in Son Tay Commune in Hanoi from August 8 to 31.

As part of a four-year program, the training was meant to certify Vietnamese explosive ordnance and medical technicians in accordance with International Mine Action Standards, the U.S. Embassy in Hanoi said in a press release on Wednesday.

The goal of the program is to provide collaboration aimed at transforming VNMAC into a sustainable training and education center capable of managing, resourcing, and demining skills.

“This collaboration between the United States and Vietnam will enhance the capacity of future generations of technicians conducting mine disposal operations, both in Vietnam and in support of United Nations Peacekeeping Operations,” noted U.S. Embassy Deputy Chief of Mission Susan Sutton while visiting the training site.

The program provides trainees with a series of Explosive Ordnance Disposal and Medical Response Train-the-Trainer courses in preparation for participants to transition into resident instructor roles for the Vietnam Mine Action Center.

The USARPAC training team consisted of nine personnel working with 15 explosive ordnance disposal technicians and 15 medical technicians from Vietnam to complete the first phase of training on August 31, 2016.

The second phase is scheduled for summer 2017.

According to the embassy, the United States is the largest single donor to address the threats posed by unexploded ordnance in Vietnam and has contributed over $92 million to explosive ordinance clean up in Vietnam since 1993.