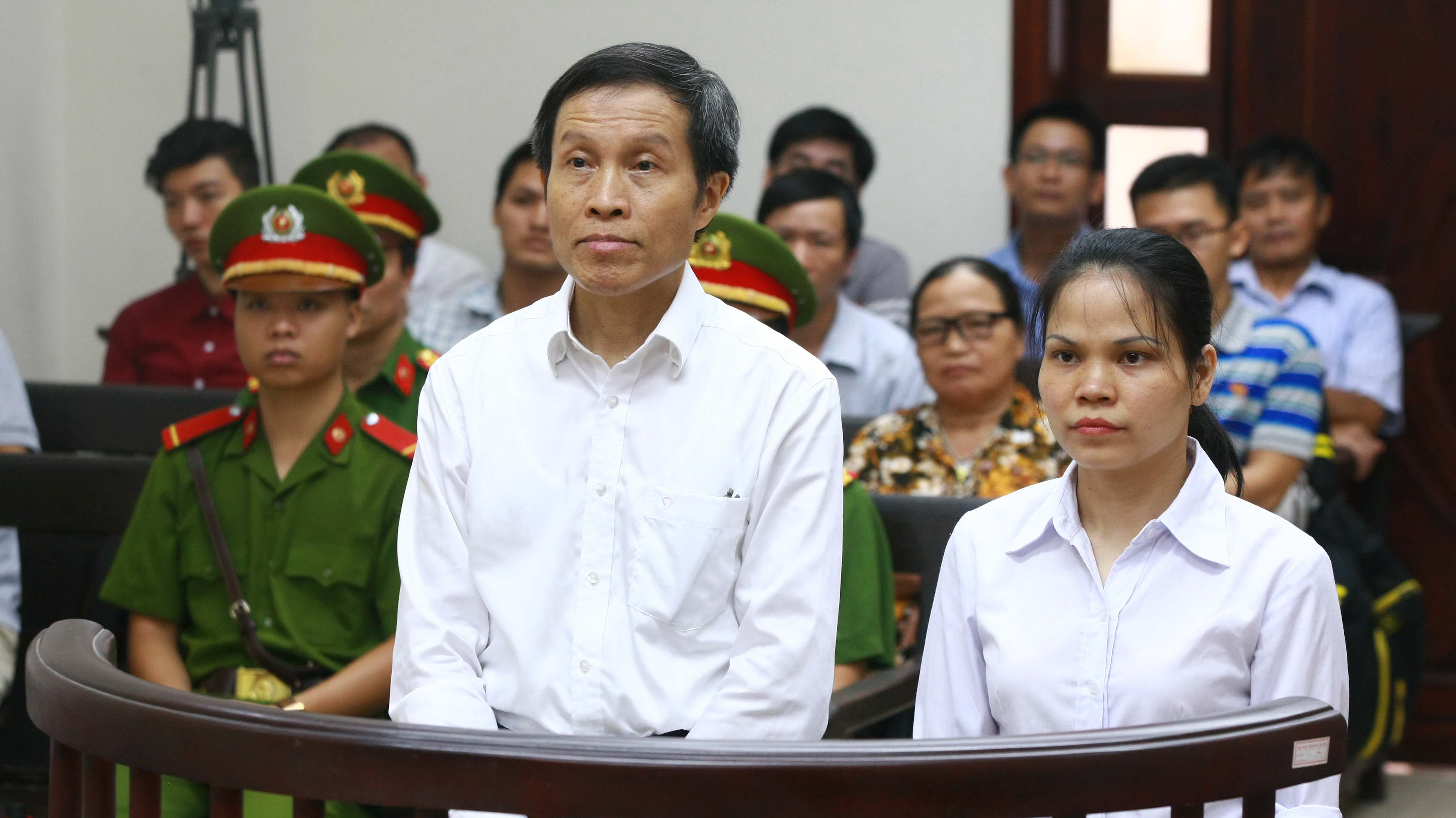 The Hanoi Higher People’s Court on Thursday rejected the appeal of a Vietnamese blogger who was sentenced in March to five years behind bars for posting anti-government content on multiple blogs.

Nguyen Huu Vinh, commonly known by his pen name Anh Ba Sam, was convicted in March of abusing democratic freedoms to infringe upon the interests of the state, a crime he shared with his accomplice Nguyen Thi Minh Thuy.

Vinh started his Ba Sam blog in 2009 to present his personal writing and links to outside sources covering political, social, and economic topics.

The defendant assigned the administration of the two sites to Thuy and together they posted a total of 24 articles based on untruths and groundless content which distorted the policies of the Vietnamese Party and the state’s law.

The writings on the sites were said to illustrate a one-sided point of view, affecting the public’s trust in the leadership of the government and the Party.

The indictment also showed that the two websites gathered over 3.7 million visitors, many of whom were manipulated by the negative information presented in the posts.

The defendants each filed for an appeal with the Higher People’s Court of Hanoi, which assembled a court session on Thursday to hear the case.

Vinh denied all indictments made by the court during his original trial, claiming there had been several infringements upon court proceedings, including the use of unjust evidence against him.

Vinh said during his defense that he had sent several letters of complaint without any response.

In the litigation session, the two convict’s six lawyers and representatives from the Procuracy took turns clarifying points on the arrest, detention, and search of Vinh and Thuy.

The court subsequently announced that the two were guilty of their crime, stating that all necessary evidence had been collected for a conviction based on the case files and trial process.

Their appeal was rejected, and the original judgment of the court was upheld.  Vinh and Thuy will serve five and three years, respectively, in prison.