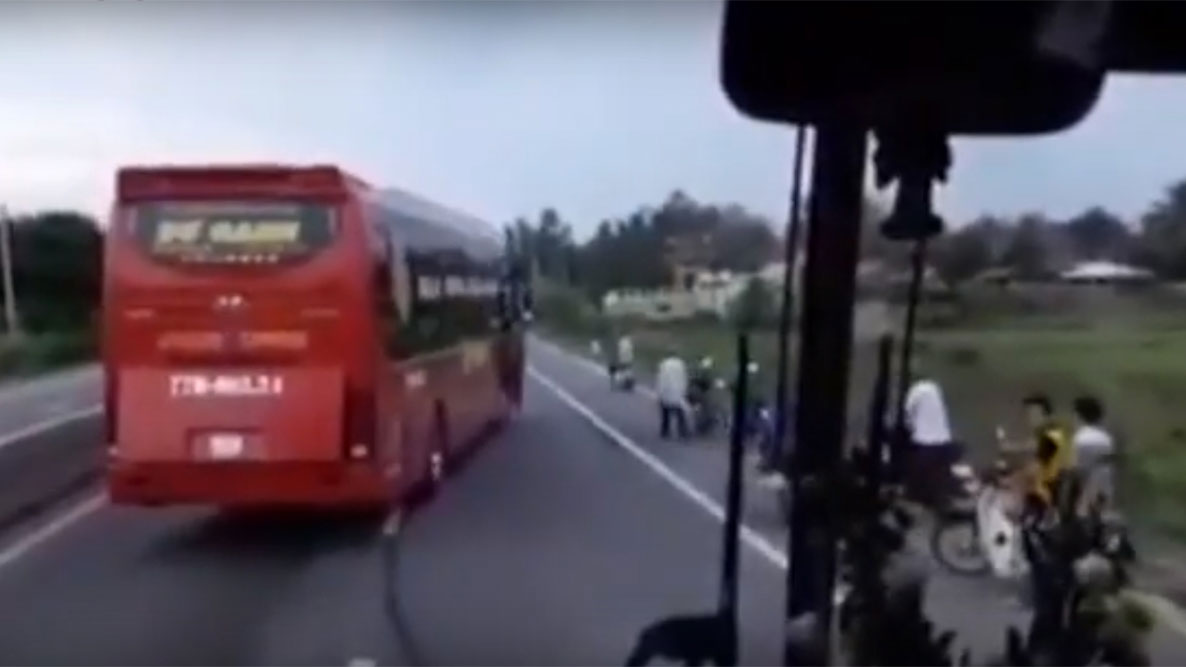 A viral video capturing a passenger bus zigzagging through the south-central Vietnamese province of Binh Dinh and preventing other motorists from passing has sparked public concern.

Footage depicting a coach operated by the Du Oanh Passenger Bus Line swinging between lanes and stopping abruptly to obstruct a vehicle owned by the Loan Tra Bus Line was uploaded to social media on Thursday.

The three-minute long video was filmed by a passenger aboard the Loan Tra coach.

In the video, angry passengers aboard the Loan Tra bus can be heard voicing concern for their safety and cursing the bus in the front of them.

After several failed attempts to pass the Du Oanh bus, the driver of the Loan Tra coach followed the suggestion of his passengers and called the police.

Colonel Le Thanh Ha, chief of the police department in Phu My District, Binh Dinh, confirmed that the incident happened on National Highway 1 on Monday evening.

Prior to the incident, drivers of the two buses were caught in a fierce argument resulting from competition during their passenger pick-up, Col. Ha explained.

According to Lieutenant Colonel Ngo Duc Hoai, deputy chief of the provincial traffic police unit, both vehicles were confiscated for inspection for lacking certain paperwork.

He added that the actions of the Du Oanh bus operator were a serious violation of traffic regulations.

“We will work with relevant agencies to impose a stern punishment upon the offender. The liability of the Du Oanh Passenger Bus Line will also be taken into consideration,” Lt. Col. Hoai added.