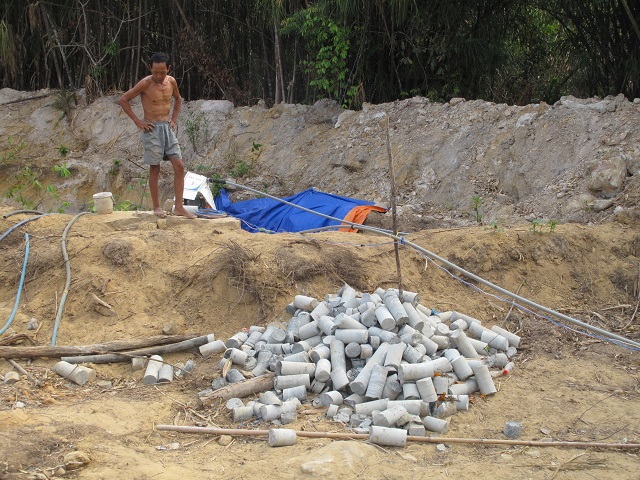 Vietnam’s Phu Quoc Island is facing overwhelming growth in local tourism against the backdrop of a rapid decline in clean water.

Phu Quoc, a famous tourist island off the southern province of Kien Giang, welcomes over one million visitors per year.

The island’s water supply is primarily stored in the Duong Dong Reservoir, which has a capacity of five million cubic meters, and in local lakes and streams, thanks to thick vegetation and high rainfall.

A large number of resorts and hotels have been constructed on the island at the expense of its diminishing fresh water resources.

According to local residents, fresh water could previously be found between five and ten meters underground; however, in recent years water has been scarce, even at 60m below the surface.

A probe by Tuoi Tre (Youth) newspaper showed that fresh water on the island has been excessively exploited, with over 20 facilities and unlicensed organizations drilling wells.

Nguyen Van Dung, a borehole driller in An Thoi Town, said his team constructs eight to ten wells on a monthly basis.

Underground water resources have been in rising demand for the daily life and cultivation activities of local islanders, as well as for the operation of resorts and hotels.

According to Huynh Thanh Ha, deputy director of the Phu Quoc water supply branch, the island is home to about 100,000 locals and receives tens of thousands of visitors and migrant workers.

Given average water consumption of 120 liters per resident per day and 300 liters a day per tourist, along with the amount needed for the local industry and service sector, the island will consume 70,000 cubic meters of fresh water by 2020, Ha elaborated.

Aside from the underground source, tap water is also provided to the people by the Phu Quoc water supply branch.

However, with a maximum capacity of only 16,500 cubic meters per day, the facility can only meet the demand of residents in Duong Dong and An Thoi Towns, Ha stated.

According to an island development plan, five reservoirs and several water factories are set to be built but no construction has yet to be initiated, putting enormous pressure on local ground water resources.

Ha urged resort and hotel operators to stop exploiting the limited source of water and called on the state to expedite water supply projects.

Investment capital for such construction projects should be channeled from multiple sources due to the lack of financial capacity of the local budget, the deputy director added.