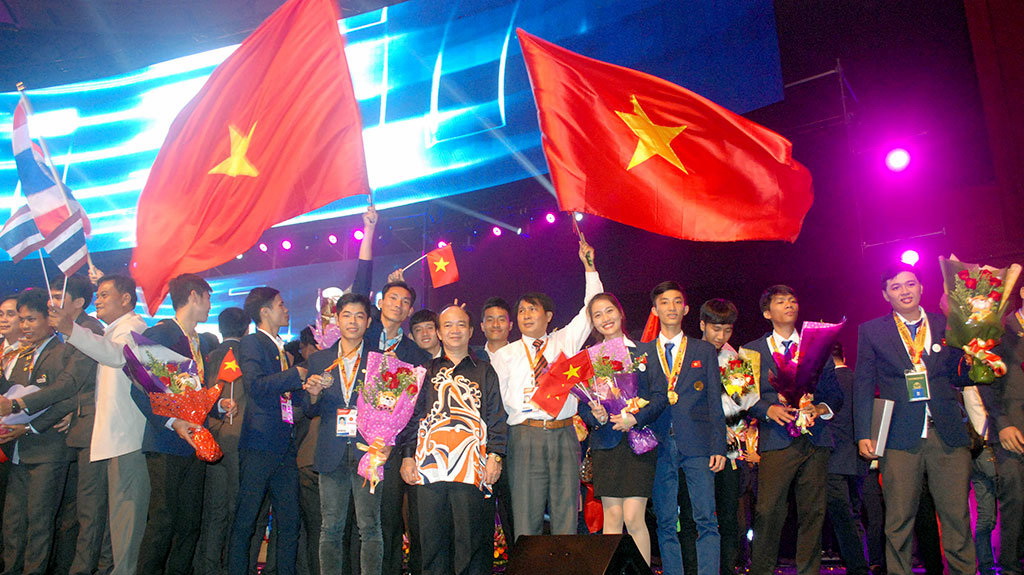 Vietnam’s medals were also accompanied by 15 individual certificates of excellence, according to the Office of the General Directorate of Vocational Training (GDVT) under Vietnam Ministry of Labor, War Invalids, and Society.

ASEAN, or the Association of Southeast Asian Nations, is a ten-member politico-economic organization whose members include Brunei, Cambodia, Indonesia, Laos, Malaysia, Myanmar, the Philippines, Singapore, Thailand, and Vietnam.

Vietnam’s team of 44 workers competed in 22 occupational skills in the five-day competition, which commenced on Saturday.

The biennial event provides an opportunity for the exchange of knowledge, expertise and experience between delegates from member countries.

This year marks Vietnam’s ninth consecutive year participating in the competition, which the country has won three times in 2004, 2006 and 2014.