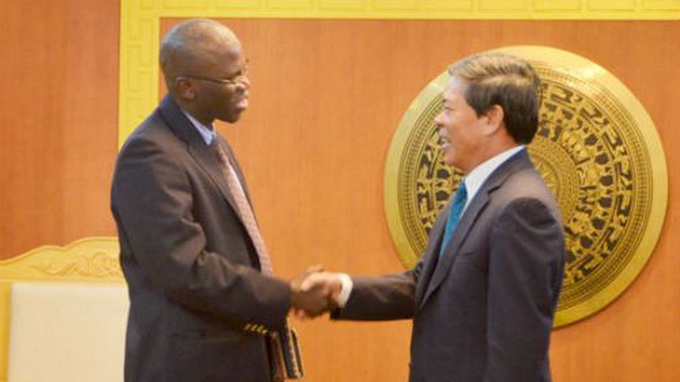 Ousmane Dione assumed the position of Country Director for the World Bank (WB) in Vietnam on September 12, replacing former director Victoria Kwakwa, who was appointed in April to Vice President for the East Asia and Pacific.

Ousmane Dione, a Senegalese national, joined the Bank as a Water Resources Management Specialist in 2000 and has since held a number of leadership and operational positions in Africa, South Asia, Latin America, East Asia, and the Pacific Region, according to WB official news outlet.

The director’s most recent post was as Practice Manager for East Asia and the Pacific Region in the Water Global Practice, based in Manila, Philippines.

Dione’s top three priorities as WB country director for Vietnam are to manage Vietnam’s smooth IDA graduation; to continue to strengthen the partnership and close cooperation with the Vietnamese government while deepening WB’s sub-national engagements; and to work closely with the Vietnamese Government and development partners to carry forward the vision and recommendations of the Vietnam 2035 report.

On Thursday afternoon the director paid an introductory visit to Chairman of Ho Chi Minh City People’s Committee Nguyen Thanh Phong, during which he shared his vision for assisting the city during his tenure.

The director said during the meeting that flooding was a problem shared by most metropolitans in the world, and has proved itself a tough challenge for authorities to tackle.

Dione cited the Filipino capital Manila, which had had to relocate 400,000 households in its attempt to eradicate flooding.

The director also urged city authorities to expedite preparations for its WB-backed Flood Risk Management Project, which seeks to reduce flood risk and improve drainage in selected areas of the city.