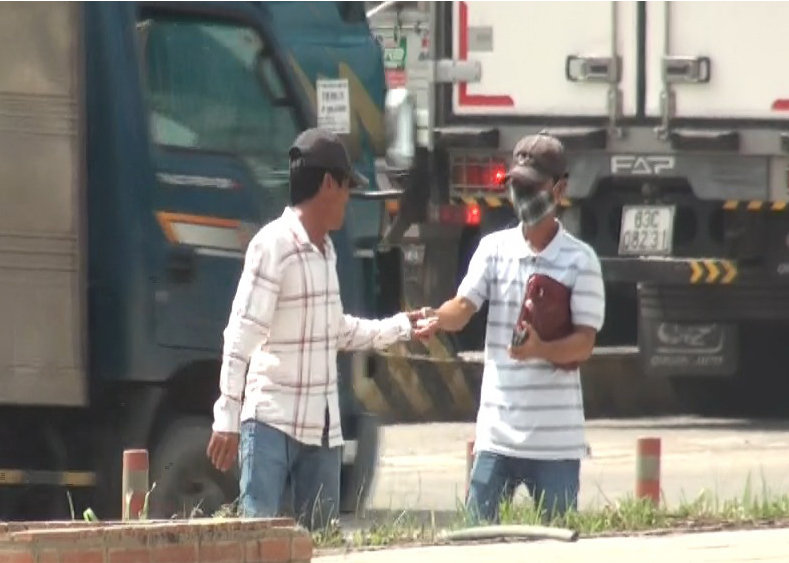 Police to crack down on southern Vietnam bus gangs

Police officers have been asked to take action and shut down gangs that have been terrorizing bus passengers travelling from Ho Chi Minh City to the southern province of Dong Nai and other neighboring areas.

Nguyen Thanh Tai, an official from the Dong Nai Department of Transport, has submitted a document to the provincial police department, requesting a thorough investigation and serious penalties for gangs who trick, threaten, and appropriate the property of innocent bus passengers.

The inquiry came following a recent undercover report by Tuoi Tre (Youth) newspaper on the groups of outlaws, who often act as merchants of 'panacea,' manipulating and forcing their victims to spend big on their cheap medicine.

Bus operators and witnesses have had no other choice than to cooperate with the bandits who were willing to attack anyone who interferes with their illegal practice.

According to Tai, the situation mainly occurs on intercity buses along the section of National Highway 1 connecting Dong Nai Province and the Suoi Tien Bus Station in District 9, Ho Chi Minh City.

Some coaches along National Highway 51 have also been targeted by the gangs, he added.

Tran Chi Trung, an official from the Ho Chi Minh City transport department, said that the agency had also asked local police officers to shut down the illegal activity.

Surveillance cameras have been installed on buses to monitor the situation and ensure order and safety for local residents, Trung said.

Members of a gang get off a bus after appropriating the property and money of passengers. Photo: Tuoi Tre

Meanwhile, Senior Lieutenant Colonel Trinh Van Sam, a police official in District 9, Ho Chi Minh City, said that his unit had not received any report on the incidents from victims.

He admitted however that previous patrols by local officers had revealed several similar cases.

“The suspects often changed their territory, several inspectors had gone undercover disguised as passengers on multiple buses, but were yet to encounter any of the gang members near the Suoi Tien bus stop,” Sam explained.

The municipal Department of Police is expected to task its officers with regular patrols on buses along the Hanoi Highway and National Highway 1 to deal with muggers and robbers, the police official continued.

Answering to Tuoi Tre, one leader of the Dong Nai Department of Police confirmed that the agency had acknowledged the regular activities of the gangs.

“We are carrying out an investigation to gather the necessary evidence against the thugs and will deal with them in the earliest manner,” the leader stated.