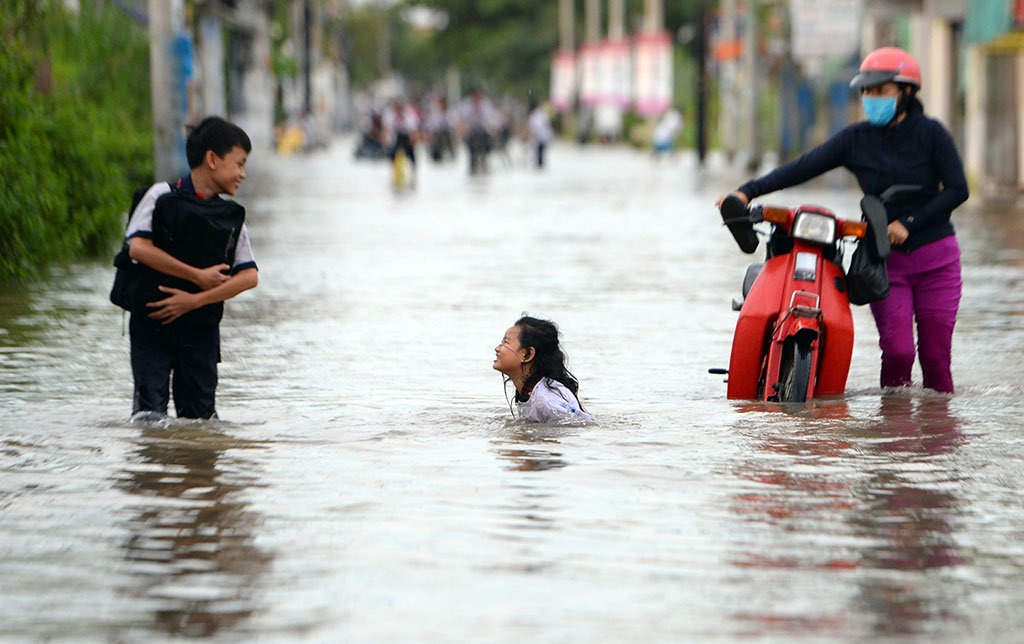 According to the observations of Tuoi Tre (Youth) newspaper reporters, streets in Phuoc Kien and Nhon Duc Communes of Nha Be District were inundated by a close to one meter high flood, resulting in the breakdown of many motorcycles.

Water also filled the houses of many local residents and dampened multiple household appliances, forcing them to use wooden planks and plastic material to prevent more water from flowing into their residences.

The large volume of flood water also caused commuters to trip and fall, leaving them with wet clothes for their journey home.

According to the city’s Steering Center of the Urban Flood Control Program, high tide topped 1.59 meters at 6:00 pm, submerging eight areas throughout the metropolis.

Vehicles break down due to the high tide. Photo: Tuoi Tre

Some commuters decided to wait for the water to recede before continuing their journey. Photo: Tuoi Tre

A merchant sells her fruit in the middle of a flooded street. Photo: Tuoi Tre