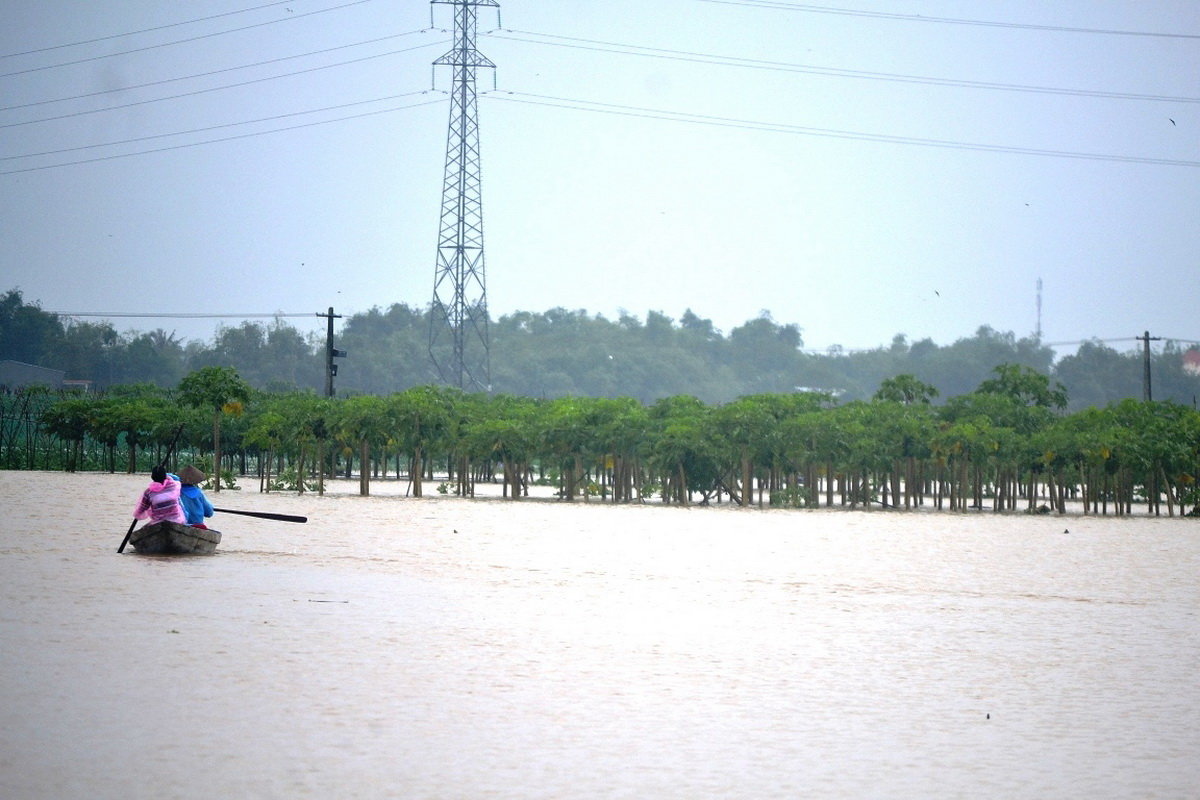 Following recent havoc, floods have been forecast in the central part of Vietnam again this week, encouraging local authorities and residents to brace themselves.

Under the combined effect of an enhanced cold front and wind turbulence at high altitude, the central provinces are expected to be hit by a new wave of flooding in the next couple of days, the National Center for Hydro-meteorological Forecasting has reported.

Downpours have been forecast to shower areas from the north-central province of Ha Tinh to south-central Binh Dinh from Monday to Thursday, with the heaviest rainfall of up to 300 millimeters predicted to come from north-central Thua Thien- Hue Province to Binh Dinh.

The torrential rains are expected to cause water levels in local rivers to rise rapidly, posing the threat of inundation, flash floods, and landslides in the region.

The weather phenomenon will create a brisk atmosphere in northern Vietnam from Tuesday night, with temperatures expected to be between 14 and 17 degrees Celsius and around six to nine degrees Celsius in mountainous areas.

The chilly weather will primarily occur at night and in the early morning while sunny climate is forecast during the day.

The cold spell continues to cause rough seas near the Gulf of Tonkin and in the northern part of the East Vietnam Sea.

In preparation for the coming flood, local search and rescue steering committees have been readying themselves to cope with potential problems.

Floods brought about by torrential rain last week killed a total of 14 people in the central provinces and wounded three others.

About 101 houses were completely destroyed while some 12,600 others were inundated and damaged.

Floodwaters had receded as of Monday, allowing authorities to evaluate the situation and calculate the damage.