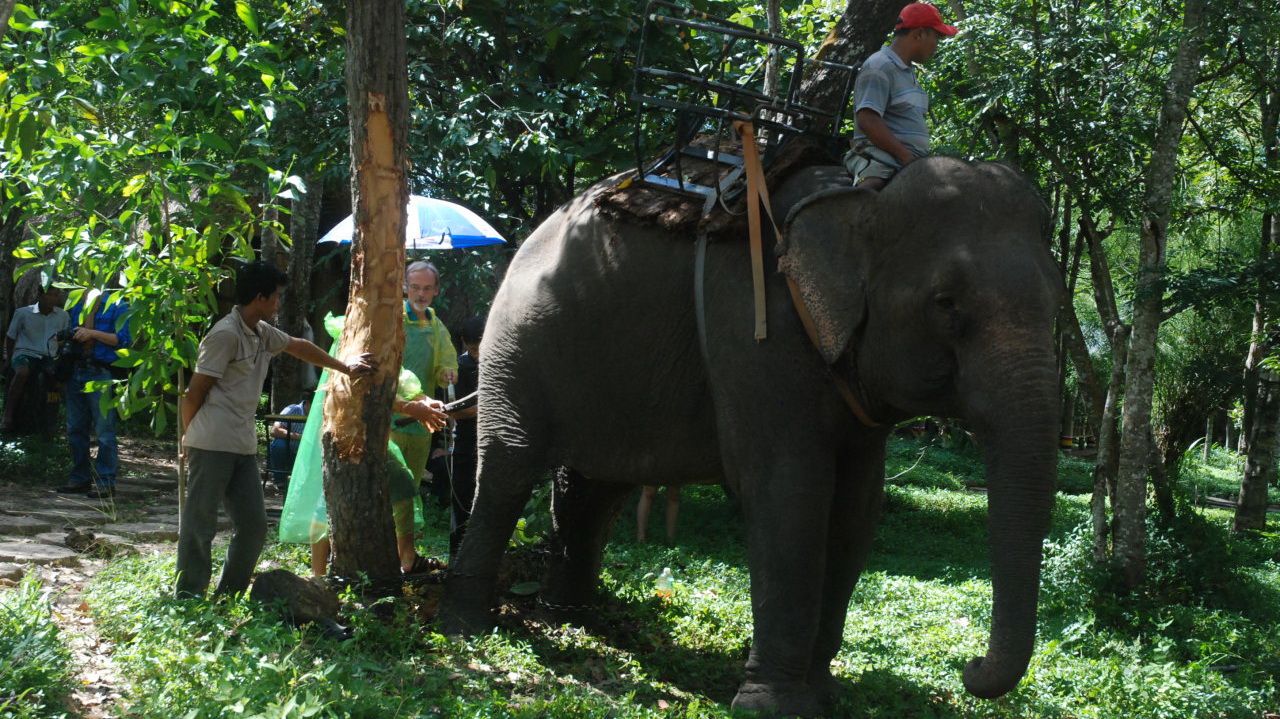 Domesticated elephants in Vietnam’s Central Highlands are receiving ultrasound scans by international experts to check their fitness for mating.

In the heat of the afternoon inside Ban Don Village in Dak Lak Province, a group of vets from Dak Lak Elephant Conservation Center (DECC) waited alongside Dutch elephant expert Dr. Willem Schaftenaar for H’Tuk, a female elephant who lives at a local ecotourism resort.

H’Tuk had been scheduled for an ovarian ultrasound with the vets to determine whether she was in good shape for carriage.

The calm and intelligent 36-year-old animal is among several domesticated elephants in Ban Don who share the common sorrow of a lonely life without a mating season with their partners under the canopy of the woods.

“An average elephant mates and gives birth at between 14 and 15 years of age,” DECC head Huynh Trung Luan said. “H’Tuk is still a girl at the age of 36.”

Chaining H’Tuk onto nearby trees to limit her movement, doctors began by cleaning the elephant’s feces in her intestines before entering her with ultrasound devices.

As the device went deeper inside the elephant, her vagina, cervix, and ovary came into sight on the monitor.

The results were gratifying: all of H’Tuk’s reproductive organs were in perfect condition despite her age. Combined with her previous blood tests, H’Tuk was announced fully capable of giving birth.

She is among seven female elephants in Vietnam’s Central Highlands selected for controlled mating with other healthy males.

“I’m still nervous,” Huynh Trung Luan commented on the results, though not concealing his happiness. “The chances of H’Tuk finding a mating partner and getting pregnant are 99 percent, but I wouldn’t say anything for sure.”