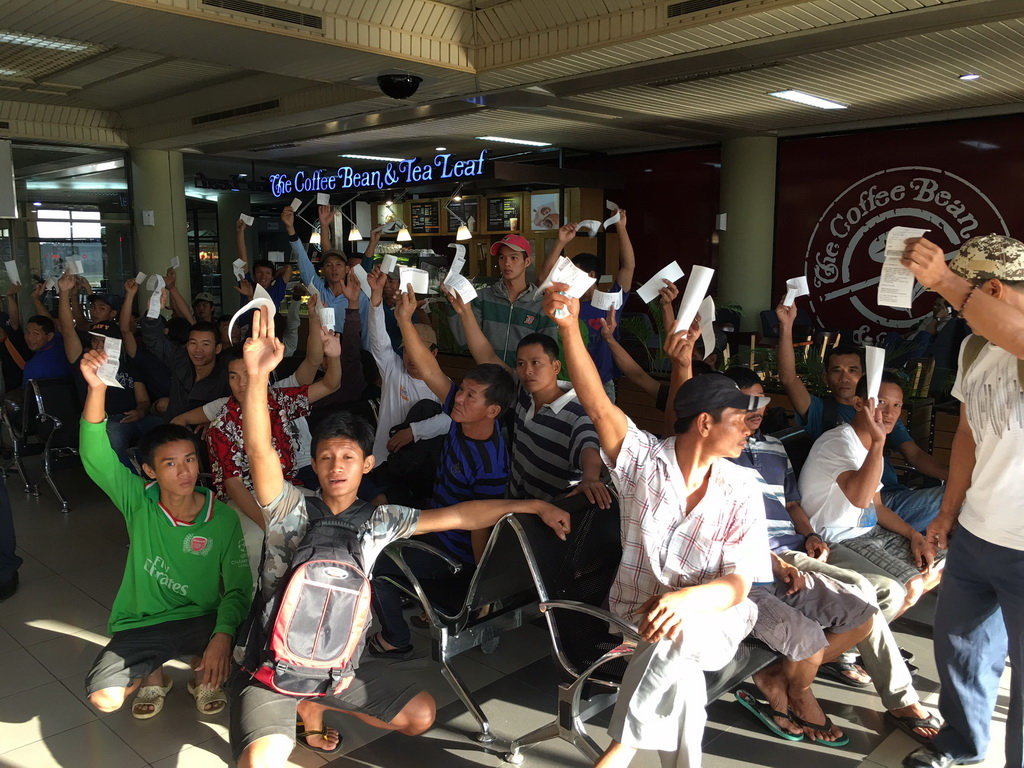 Authorities in Indonesia have repatriated 57 Vietnamese fishermen to their home country following their arrest for fishing illegally in Indonesian waters.

The Embassy of Vietnam in Jakarta received 37 out of the 57 fishers at the Soekarno-Hatta International Airport on Tuesday afternoon.

The Vietnamese fishermen were scheduled to board a Vietnam Airlines flight to Ho Chi Minh City the same evening.

The other 20 will return to Vietnam on a different flight on Wednesday, the embassy explained.

The 57 fishers were captured by Indonesian authorities for fishing illegally and have been held in custody on an island part of the Natuna Archipelago for the past few months.

The fishermen are pictured at their detention facility in the Natuna Archipelago. Photo: Tuoi Tre

They are mainly from the southern region of Vietnam, including Binh Thuan, Kien Giang, Tien Giang, and Ba Ria-Vung Tau among others, and have been detained on the Indonesian island for between one and five months.

According to Indonesian law, if a foreign fishing boat is found operating illegally in Indonesia’s EEZ (Exclusive Economic Zone), its captain can face a jail term of up to 12 months with the crew members able to return home following their trial.

Their ships and equipment will be kept by fisheries and naval units during the trial and will be destroyed after the court ruling.

Prior to their flights, the 57 Vietnamese fishermen were brought to Batam City on Monday before arriving in Jakarta the following day.

The fishermen wait to check in at the Soekarno-Hatta International Airport in Jakarta on December 6, 2016. Photo: Tuoi Tre