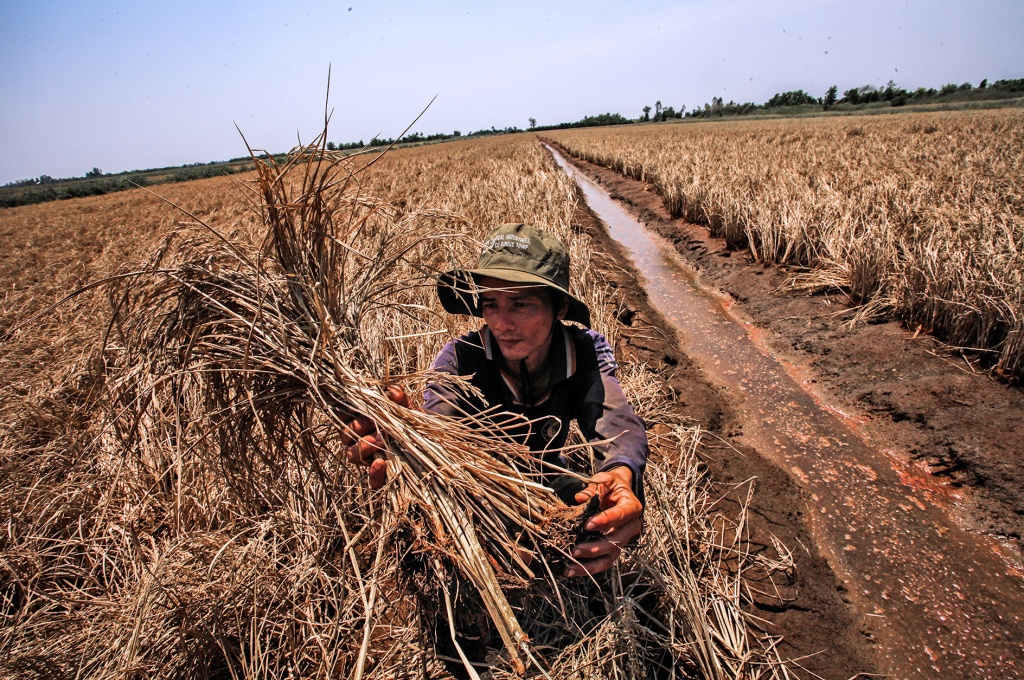 Millions of Vietnamese farmers are facing major crop losses due to severe drought and an alarming level of salinity, the worst in many years to impact vast areas of agricultural land in the Mekong Delta.

Among the 'culprits' is rising sea level sparked by climate change and an El Nino-related drought.

Kien Giang Province is no exception, changing beyond recognition from fertile land into a barren landscape.

Worst-hit districts include An Bien, An Minh, U Minh Thuong and Vinh Thuan, with more than 34,000 hectares of paddy crops affected.

The drought has also resulted in a fresh water scarcity among residents, who have been forced to buy and store clean water for frugal daily consumption.

The total area of salinity-hit paddy fields in the region is 139,000 hectares, as reported by officials in March last year.

Below are a series of photos by Trong Dat showing how people in the area face the drought.

Phan Hieu Nghia, a resident of An Bien District, buys four earthen containers of clean water for a total of VND160,000 (US$7). Used frugally, the water is barely enough to last her family two weeks.

Ho Viet Trung, another An Bien resident, sells earthen containers of fresh water for between VND40,000 ($2) and VND60,000 ($3) apiece, with each container able to carry one cubic meter of water.

Nguyen Du, an An Bien farmer, checks the salinity of the water in a ditch in front of his home. The salinity-affected water cannot be used to water plants.

Pham Sang Giau, a farmer in Kien Luong District, harvests his grey, dead crops which, he laments, even poultry would not feed on.

Rice stems die due to rising salinity right before harvest.

Dinh Van Hung, another farmer in Kien Luong District, holds a cluster of rice stems from his paddies which have died due to rising salinity. 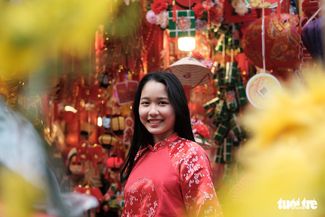