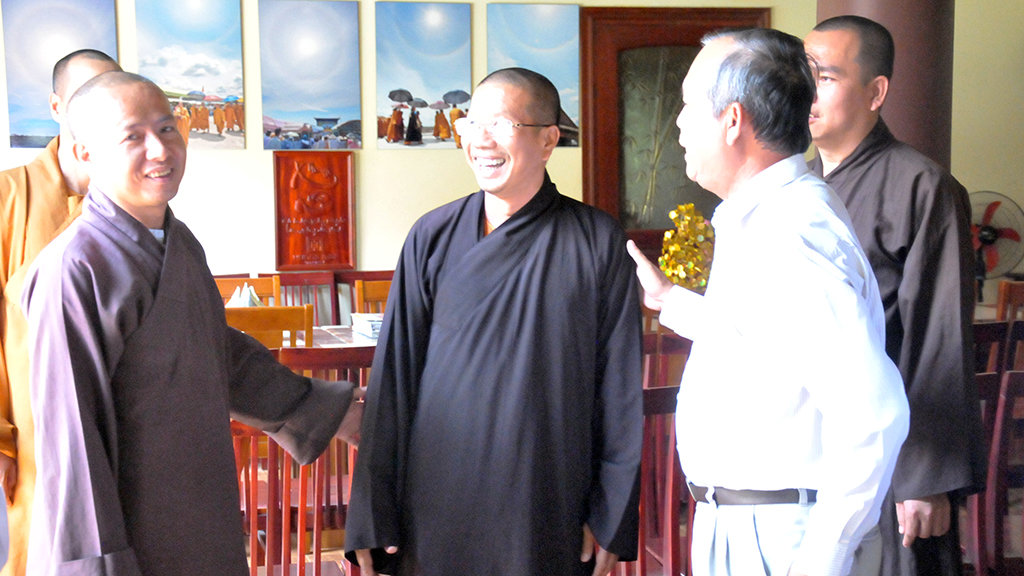 Rumor has had it since before Lunar New Year (January 28) that police had busted a ring of drug dealers disguised as Buddhist monks at Truc Lam Chanh Giac Temple in Tan Phuoc District, in Tien Giang in the Mekong Delta region.

The rumors went as far as suggesting that the temple had been closed following the scandalous discovery, said Doan Van Tuan, chief of Tan Phuoc District Police.

Tuan said he had ordered an investigation into the rumors and found that they were completely false, as no police operation had been conducted to bust any drug ring at the temple.

“As police chief, I can confirm that the recent rumors are completely false and unfounded, and are harmful to order and security in the local area.”

“We will employ specialized units to track down those responsible for spreading such false rumors, while continuing to work with other authorities to encourage local residents not to believe these rumors,” Tuan stressed.

Thich Truc Thong Kim, who is in charge of the temple, said he and other monks at Truc Lam Chanh Giac are deeply saddened by the false rumors.

He said all of the temple’s monks followed the rules strictly, which forbids any consumption of alcohol or other addictive substances.