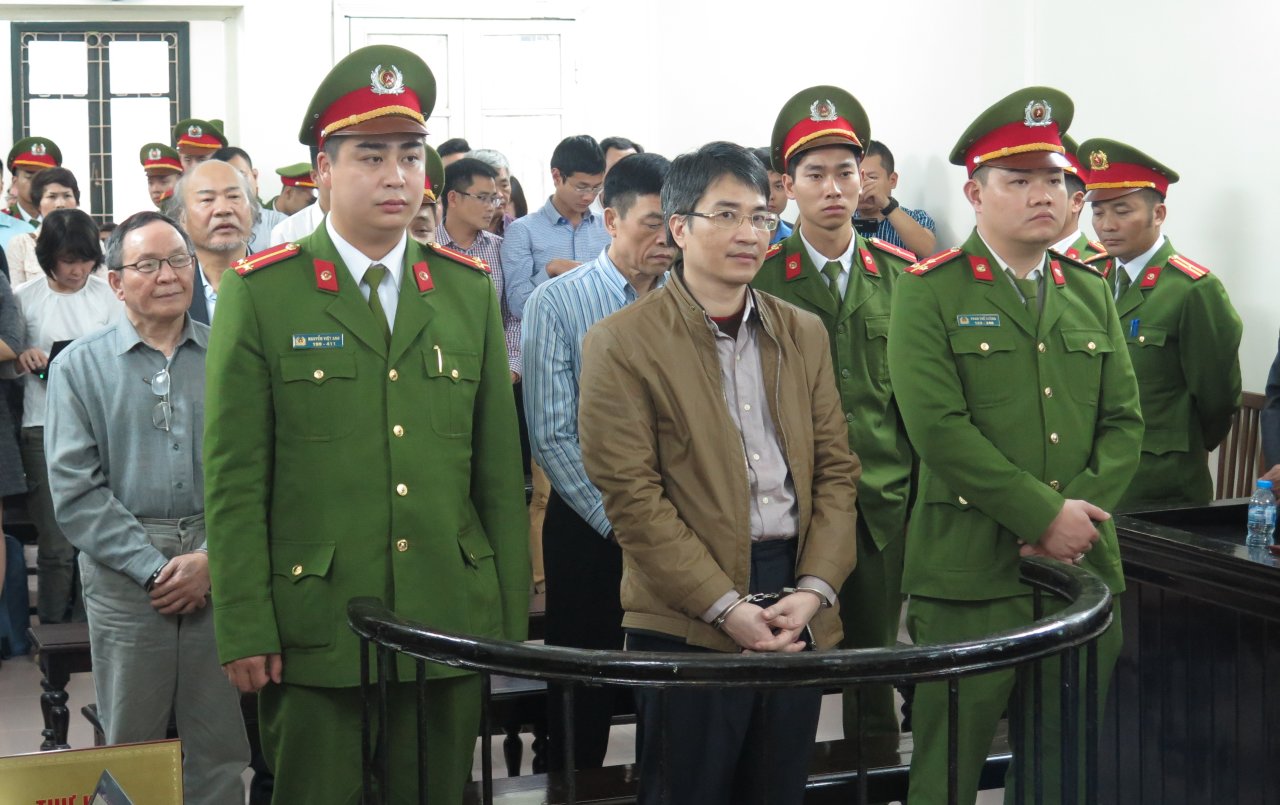 Two former officials at a subsidiary of Vietnam’s state-owned shipbuilding giant Vinashin have been sentenced to death for embezzling over US$11 million in total, following the ruling of a court in Hanoi.

Giang Kim Dat and Tran Thanh Liem were subject to capital punishment after their six-day trial concluded on Wednesday afternoon.

Dat was an acting sales manager at Vinashin Ocean Shipping (Vinashinlines), a shipping line run by Vinashin, while Liem was its general director.

The Hanoi People’s Procuracy previously proposed that only Dat be sentenced to death while suggesting Liem be given a lifetime jail term.

Tran Van Khuong, the company’s former chief accountant, was given a life sentence for his corruption, while Giang Van Hien, Dat’s father, will have to serve 12 years in prison for money laundering.

The jury of the Hanoi People’s Court affirmed that the defendants’ violations were extremely serious, causing huge damage to the state budget.

Although the four did not plead guilty during the trial, the jury had sufficient evidence to impose the penalties upon the defendants.

Giang Kim Dat is being escorted back to his detention facility. Photo: Tuoi Tre

According to case files, Dat, Liem, and Khuong had abused their positions and powers in the sale and rental of ships to misappropriate over VND260 billion (US$11.3 million), an offense that has stirred public concern and required stern punishment.

From 2006 to 2008, Liem directed Dat to falsely declare the commission and increase the rental of ships paid to partners to pocket the difference.

After receiving the commission, which accounted for one to two percent of the sales contract value, Dat gave Liem $150,000, of which $110,000 was later handed to Khuong.

Khuong aided the crime by helping Dat list the wrong amount of commission in Vinashinlines’ records.

Meanwhile, Hien had opened some 22 bank accounts to which Dat had wired a combined $16 million.

The huge amount of money was used to purchase over 40 villas and high-class apartments in different parts of the country, along with 13 deluxe cars, by Hien.