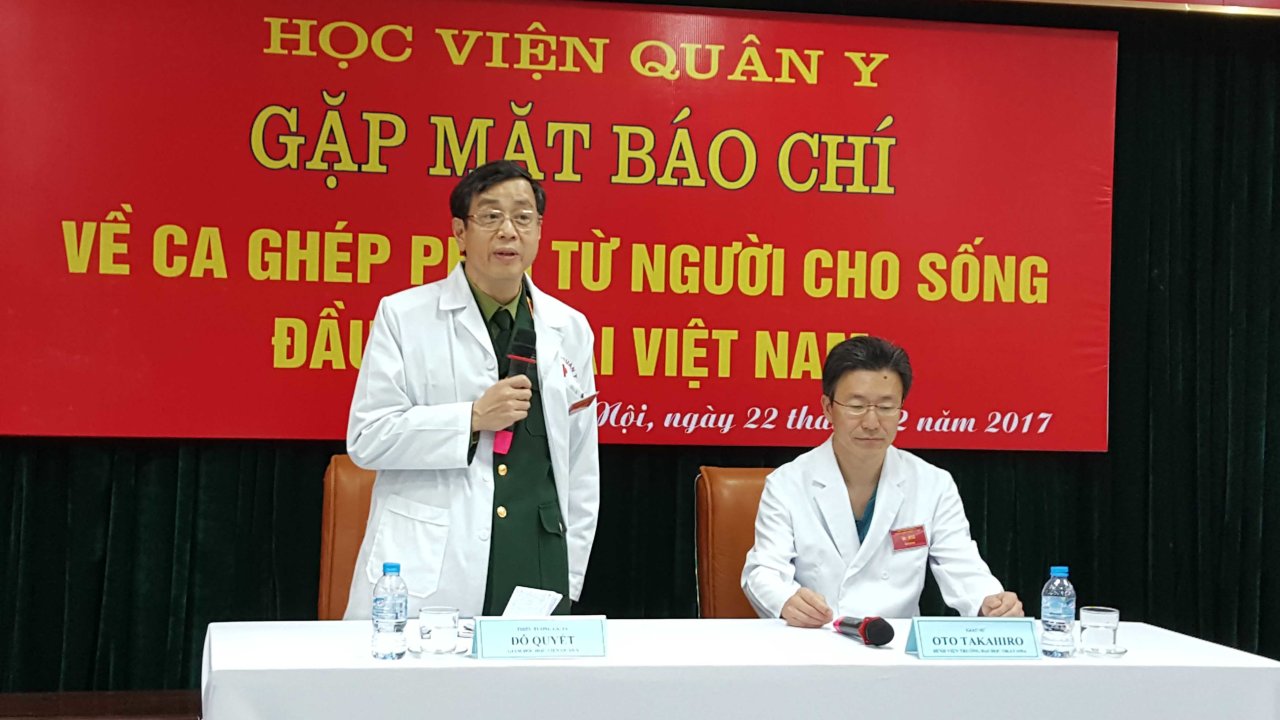 Doctors in Vietnam have succeeded for the first time in carrying out a lung transplant operation on a seven-year-old boy, with the organs supplied by live donors.

The Military Hospital 103 in Hanoi announced the achievement during a press meeting in the capital on Wednesday morning.

The patient was seven-year-old L.C.B., hailing from Quan Ba District in the northern province of Ha Giang, while the organ donors were his father and uncle.

According to the medical practitioners, B. was diagnosed with congenital bronchiectasis that had affected all of his lungs.

The disease led to such complications as respiratory failure and malnutrition, and could only be cured by replacing the entire organs.

The surgery was conducted on Tuesday, after which the conditions of the two donors have stabilized, while B. is still receiving further treatment that will facilitate his recovery.

With the new lungs, the young boy will be able to develop normally and is expected to have a lifespan of 60 to 70 years, doctors said.

According to Do Quyet, director of the military hospital, lung transplant is a highly complicated surgical technique, requiring a careful evaluation of the health conditions of both the giver and recipient.

Unlike other organs, the lungs are in charge of producing oxygen for activities of the entire body, thus the donor must be healthy to ensure their normal function and reduce the risk of complications for the recipient.

Following the successful operation, Quyet hoped that similar techniques would be carried out to help patients who need lung transplant.