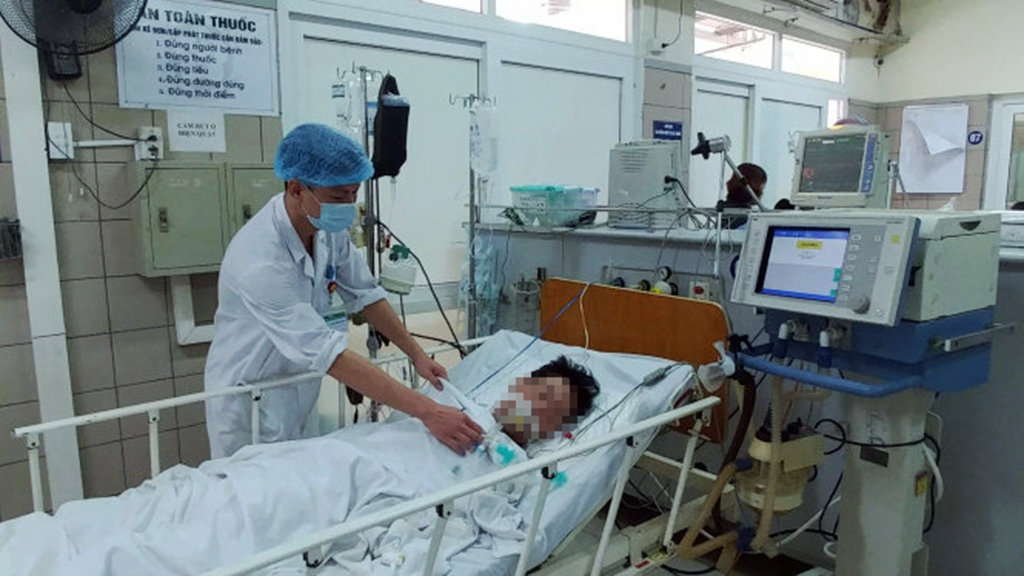 Methanol-tainted alcohol a rising threat to drinkers in Vietnam

A recent spate of alcohol poisonings in Vietnam is shedding light on the increasingly alarming threat of methanol-tainted alcohol in the Southeast Asian country.

Experts gathered at a conference organized by Bach Mai Hospital in Hanoi to discuss the negative effects of alcoholic beverages, especially those containing methanol, after a series of situations involving alcohol poisoning were recorded across the country.

On February 28, a similar case happened in Hanoi, leaving seven people in a critical condition, three of whom are still in coma.

All victims in both cases had consumed methanol-tainted alcohol prior to the incidents.

Speaking at the conference, Nguyen Trung Nguyen, a senior doctor at Bach Mai Hospital, pointed out the difference between alcoholic beverages that contain ethanol and those produced from methanol.

While ethanol is a natural substance extracted from the fermentation of fruits and cereals, methanol, considerably more dangerous and toxic, is primarily used in paint production.

Low-cost alcohol is typically made using methanol, which should not be consumed, Nguyen said.

Victims of methanol-tainted alcohol only begin to show signs of poisoning one or two days after consumption, already too late for many to recover.

Those lucky enough to survive might suffer serious sequelae in the brain and eyes, the expert added.

According to doctors at the infirmary, ethanol can also leave harmful effects on drinkers with a long history of consumption.

The substance can cause addiction and damage to the nervous system, brain, liver and pancreas.

It is also a main cause of throat, esophagus, stomach, and liver cancers, Mai Trong Khoa, deputy director of Bach Mai warned, confirming that most cancer patients at the facility are alcoholics.

About 2,700 new patients are admitted to the hospital each year for liver and pancreas infections brought about by alcohol, said Vu Truong Khanh, head of gastroenterology.

Nearly 300 patients at the infirmary suffer from delusions and paranoia from alcohol poisoning on a yearly basis.