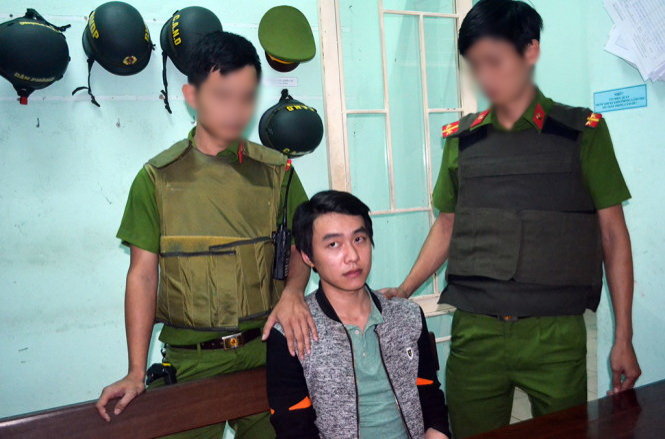 A young man who robbed a bank at knifepoint in the central city of Da Nang on Thursday was nabbed by police a mere eight minutes into his escape.

Phan Van Hoang, 23, entered a Vietinbank branch in Son Tra District around 4:00 pm and went straight to the counter where he produced a knife and directed the cashier to hand over VND50 million (US$2,232) in cash.

The bank attendant followed the demands and immediately called police after the thief fled the scene.

A mere eight minutes later police apprehended Hoang and the young man later confessed to planning the robbery on his own and with no accomplice.

Hoang had no previous criminal history.

Police said later on Thursday that Hoang had previously been admitted to the Da Nang Psychiatric Hospital after being diagnosed with mental disorders and behavior problems while under the influence of drugs.  He was discharged on January 1.

The robbed bank branch will remain temporarily closed until police finish their investigation.