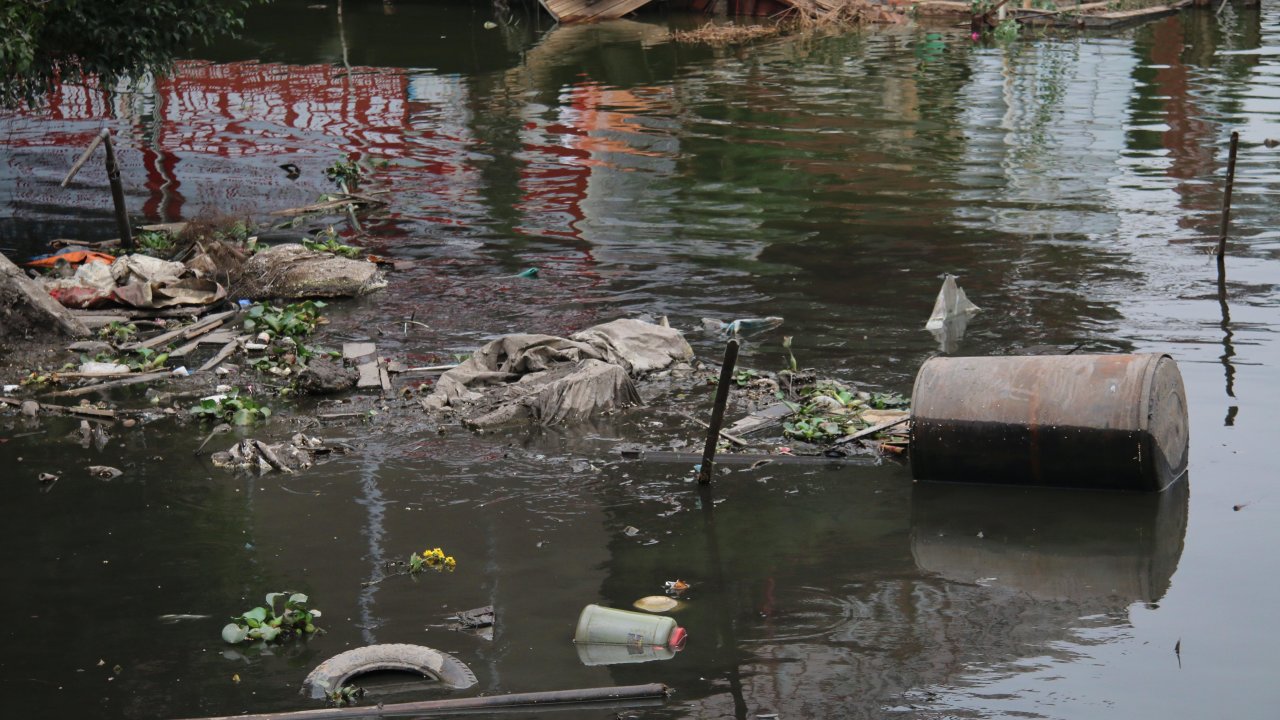 Refuse and swamp water uncovered after the demolition of a floating restaurant and tourist marina in Hanoi’s iconic West Lake have been linked to the foul smell reported in the area.

The building’s demolition commenced on February 23 as authorities looked to terminate all businesses connected to the lake in an effort to arrest the worsening pollution situation.

The marina was one of six businesses found to have permanent structures built onto West Lake without approval from local authorities, and had ceased operating prior to the forced demolition.

After the building was removed, large amounts of domestic refuse, construction materials and other debris were uncovered in the swampy water that stretched tens of meters along the banks of the lake.

An unbearably foul smell could also be detected from meters away, while litter was scattered on the lake’s surface.

Some business owners whose restaurants had been removed along with the marina were stockpiling what remained of their assets on the pavement of a nearby street and selling them at a low price.

An excavator removes the remaining parts of the marina on West Lake in Hanoi. Photo: Tuoi Tre

Debris from the demolition piles up along the banks of West Lake in Hanoi. Photo: Tuoi Tre

Swamp water is uncovered after the marina has been removed. Photo: Tuoi Tre

Assets from the demolished marina are sold at low prices on the pavement of Nguyen Dinh Thi Street in Hanoi. Photo: Tuoi Tre