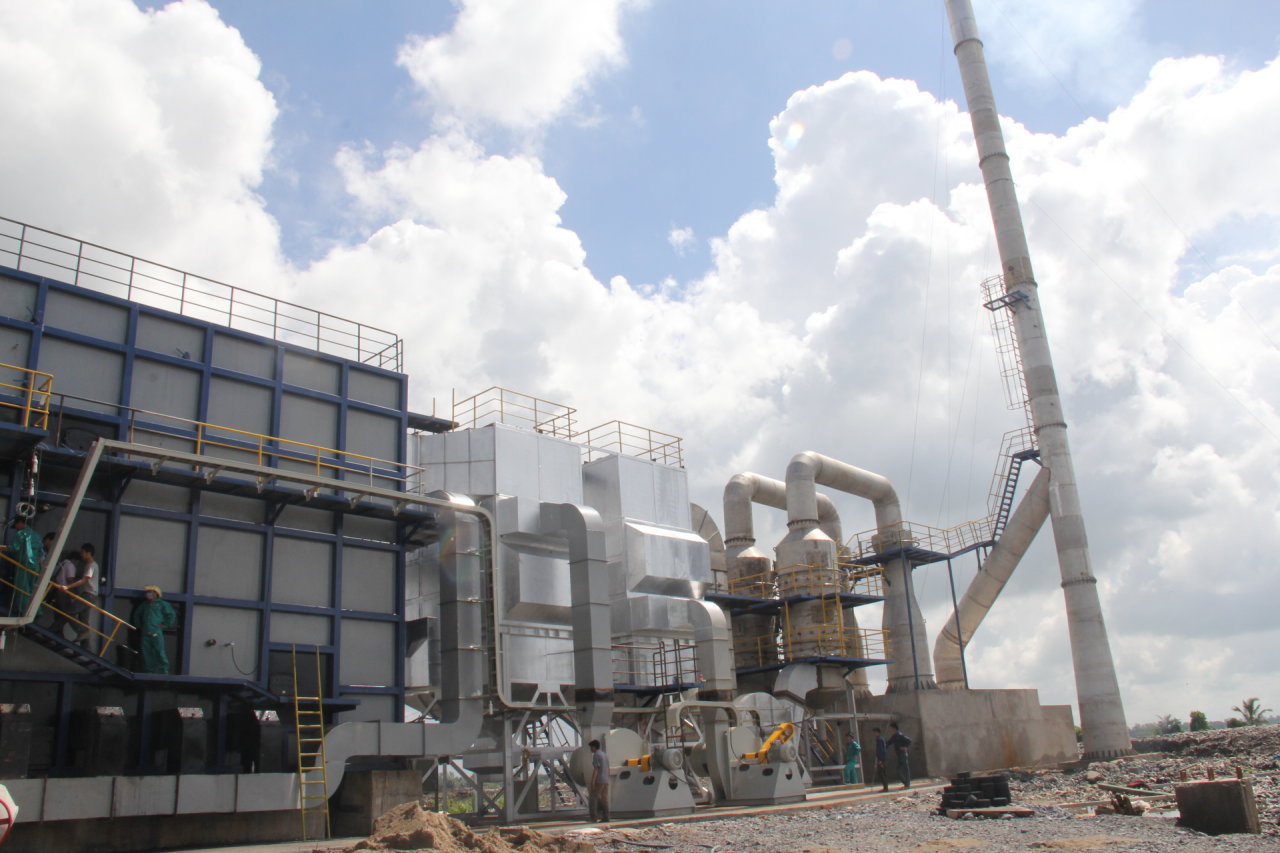 Local authorities are scratching their heads over the aching issue since the existing waste treatment factories are becoming overloaded.

Vinh Long is among the very few provinces in the ‘rice bowl of Vietnam’ to have a local waste treatment facility, which was developed by Phuong Thao Joint Stock Company.

However, since its construction was completed in late 2011, the factory was only put into operation in March 2013, only to be shut down in October the same year, for the company was not satisfied with the treatment prices local authorities said they could afford to pay.

Following several rounds of negotiation, the company resumed the plant’s operation in May 2015.

The province seemed to fall into a rubbish crisis during the temporary shutdown of the factory because the local landfill was nearly filled to its capacity of 86,000 metric tons.

With a daily amount of 120 metric tons of trash, which was recorded in late 2015, the landfill was about to be overloaded, posing a high risk of environmental pollution.

The Tam Sinh Nghia waste treatment factory in Long An Province has caused pollution as a result of the absence of proper equipment.

The plant was originally designed to contain household rubbish, which would then be classified, recycled and turned into compost.

What could not be reused would be destroyed in the factory’s incinerator with a capacity of 130 metric tons per day.

However, the process of making compost was never done at the Tam Sinh Nghia factory and was handed over to a facility in Cu Chi District, Ho Chi Minh City.

Tam Sinh Nghia began its operation in 2012 and started to be overloaded in 2015, as its incinerator could not handle the rising garbage input.

Authorities in Ca Mau Province have similarly struggled to look for investors for their new waste treatment projects.

The province’s only factory has been suffering losses, forcing Cong Ly Company, the developer, to transfer it to local authorities.

An incinerator in Can Tho City that has been shut down since June 2016. Photo: Tuoi Tre

As the hub of the Mekong Delta, Can Tho City is still facing challenges presented by the lack of an efficient waste treatment factory.

According to the municipal Department of Construction, about 650 metric tons of rubbish is collected across the city every day, 390 metric tons of which is burnt in three incinerators while the rest is buried at the O Mon landfill.

For some years, local residents have been vexed by the smell and pollution caused by the dumpsite. They have several times prevented garbage trucks from entering the garbage dump.

In early March 2017, the municipal People’s Committee ordered relevant agencies to deal with the situation, making sure that all trash taken to landfill is thoroughly disposed of.

A new plant that was estimated to process 400 metric tons of rubbish a day was set to be constructed in March to relieve such pressure.

However, the work has yet to be carried out due to some delays regarding its paperwork.

According to Doctor Le Anh Tuan from Can Tho University, no modern waste treatment factory has been established in the Mekong Delta.

Garbage is primarily burnt in incinerators or buried at landfills, with the latter highly likely causing pollution.