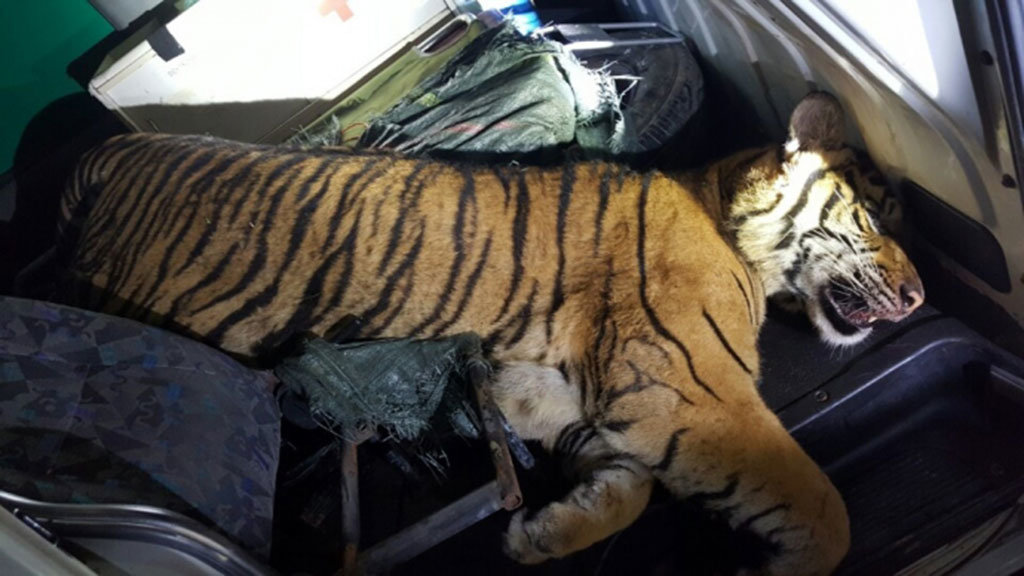 Police in northern Vietnam have chased after a suspicious ambulance and discovered the vehicle as carrying a large frozen tiger carcass.

On April 5, traffic police in Thanh Hoa Province noticed a suspicious ambulance traveling on the Ho Chi Minh Trail, the section going through Thach Thanh District, and signaled the vehicle to stop for a check.

The driver of the ambulance, carrying the license plate of the nearby Nghe An Province, ignored the order and instead sped up his vehicle, leading to a police chase.

After driving for about 1.3km, the get-away vehicle veered off the road and stopped on the sidewalk, with the driver fleeing on foot to the nearby Cuc Phuong National Park in Hoa Binh Province.

Upon checking the abandoned ambulance, police were stunned to find a frozen tiger weighing more than 180kg.

Officers have confiscated the tiger carcass and are investigating the case further.