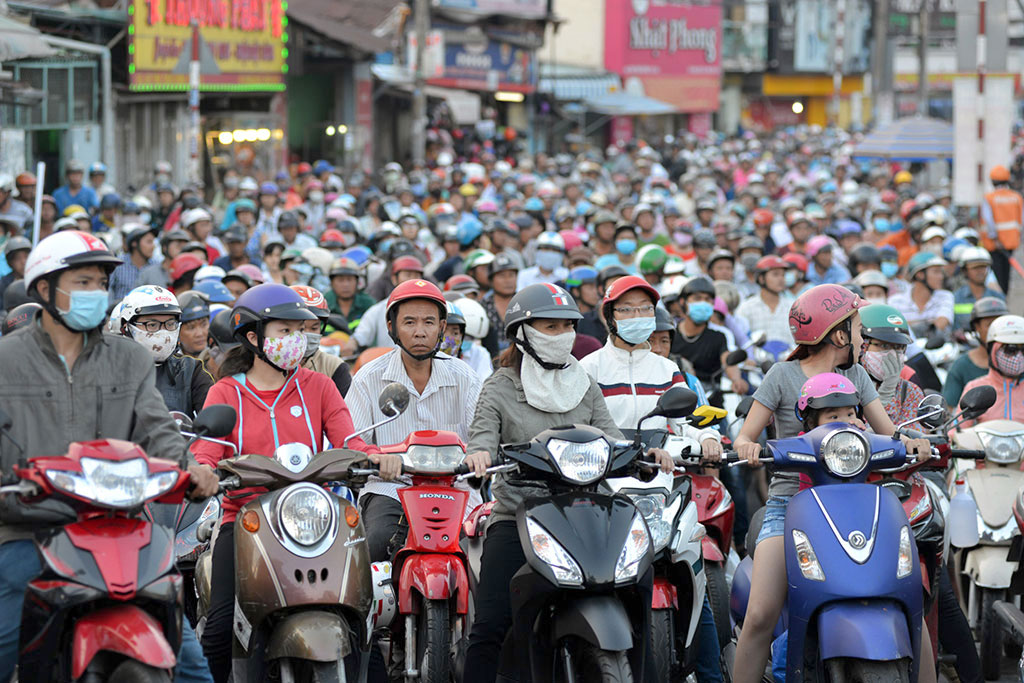 Over 100 constructions are being carried out on the streets of Ho Chi Minh City, posing regular risks of traffic jams and immense challenges for commuters.

According to an inspector from the municipal Department of Transport, barricaded construction and renovation sites can now be spotted at 118 locations along 59 routes in the southern hub.

The number has doubled since the beginning of this year, the inspector added.

Aside from regular road upgrades and construction of flyovers, many street sections have been barricaded to facilitate the development of the city’s metro system and the implementation of water resource improvement projects.

A traffic jam at the entrance to the Nhi Thien Duong Bridge in District 8. Photo: Tuoi Tre

In District 8, construction on a large section of the Nhi Thien Duong Bridge has continually caused congestion at rush hour, trapping vehicles in endless lines of vehicles.

At the Nguyen Kiem-Nguyen Thai Son traffic circle in Go Vap District, bottlenecks happen on a daily basis because of the barricaded construction sites.

A series of barricades have been erected along Truong Son Street in Tan Binh District for building a flyover leading to Tan Son Nhat International Airport, an effort to ease traffic jams at the entrance to the airdrome.

Meanwhile, commuters feel annoyed whenever they travel on many sections of Ben Van Don Street, which runs along the Saigon River, in District 4 which are occupied by the second phase of the Water Environment Improvement Project.

People traveling on Phan Van Tri Street in Go Vap District often get frustrated by frequent traffic jams brought about by the construction of a new bridge there.