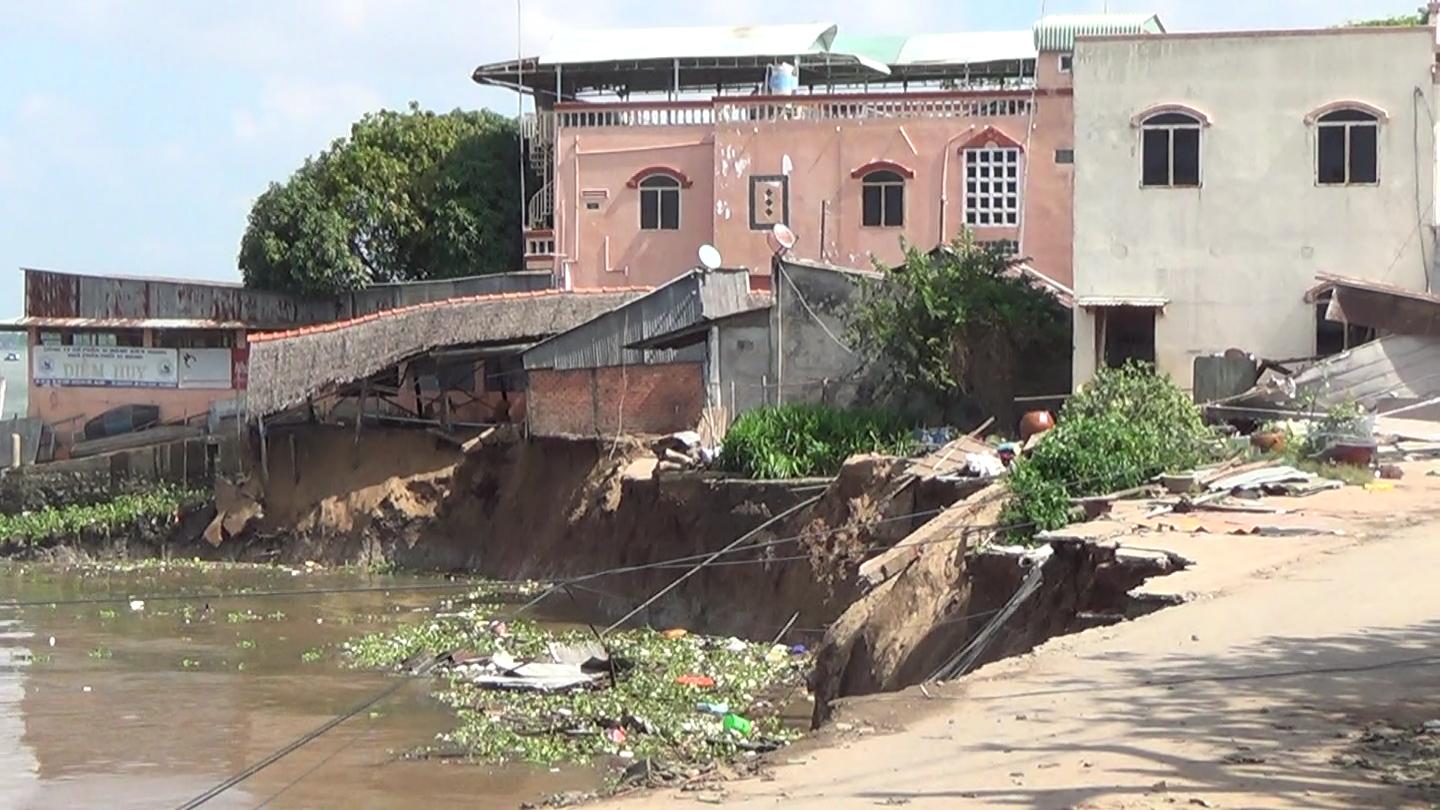 A large section of riverbank in the southern Vietnamese province of An Giang subsided on Saturday, sinking some 16 houses in the process, with the cause attributed to sand mining.

The serious subsidence occurred at around 9:30 am along a part of the Vam Nao River in My Hoi Dong Commune, Cho Moi District.

No casualties have been reported so far. Locals thought excessive sand mining was to blame.

A street running along the riverbank was also damaged, causing trees, utility posts, and electric wires to fall down.

Local authorities have dispatched hundreds of officers to the area to help residents evacuate along with their belongings.

People living in nearby houses are now worried as the land collapse has still continued along the section of the river.

According to Truong Trung Lap, chairman of the Cho Moi People’s Committee, local leaders on Friday were discussing certain measures to evacuate about 19 households along the waterway due to the threat of land subsidence.

However, the situation on Saturday morning put a total of 40 houses with 176 residents in jeopardy.

During an interview with Tuoi Tre (Youth) newspaper, Vo Anh Kiet, chairman of the An Giang administration, said that a state of emergency had been declared following the incident.

Competent agencies have been tasked with keeping a close watch on the neighborhood around the clock to ensure safety for locals, Kiet continued.

An urgent evacuation plan has been in place in the affected area, the official stated, adding that each household would be provided with VND20 million (US$878) in monetary support.

Further assistance will be supplied to poorer residents, he added.